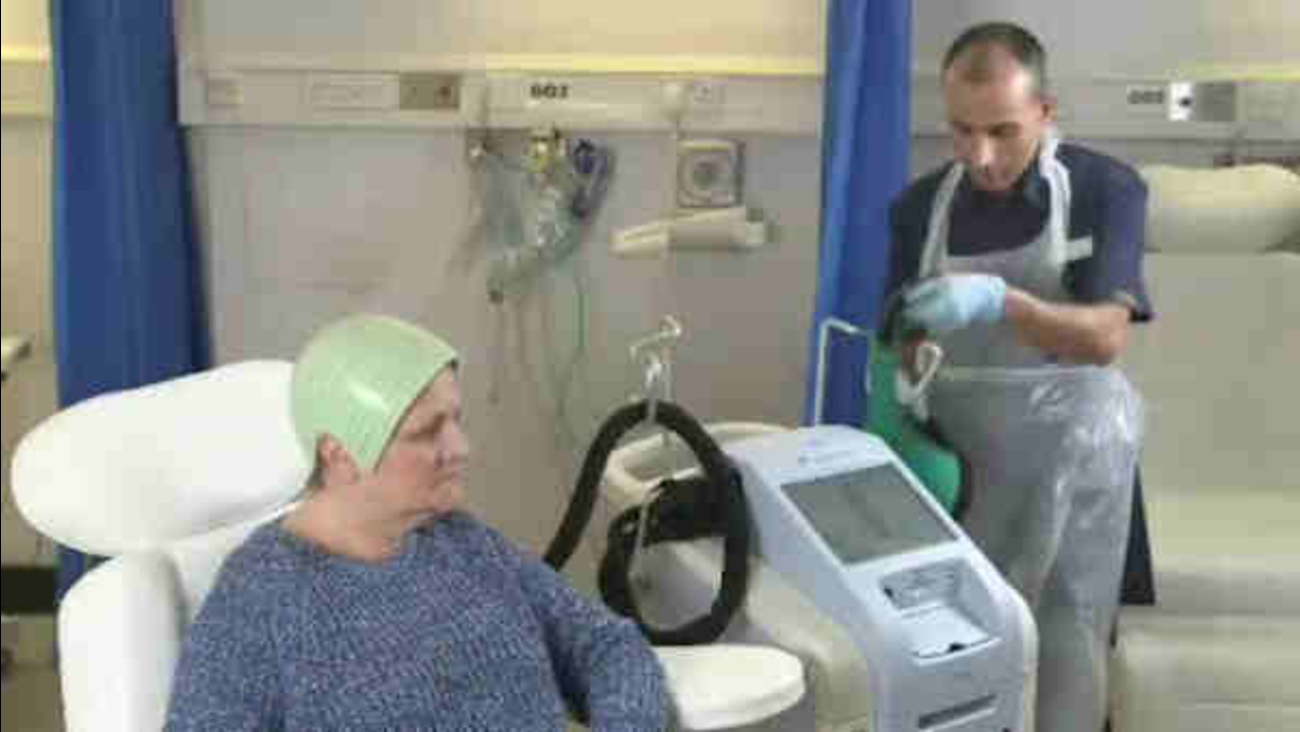 WABC
By Eyewitness News
NEW YORK (WABC) -- Losing your hair can be one of the most devastating consequences of cancer. Cold cap therapy may help and now a newer version is being tested in New York City.


Carolyn Dempsey assumed she would lose her hair when she found out she needed chemotherapy for her breast cancer, but she worried what her kids would think.

"It would really look to them that I was sick and I was afraid that would be frightening," she said.

She agreed to be part of clinical trial at Weill Cornel Breast Center to test a device called the Dignicap. It uses cooling technology to constrict blood vessels in the scalp that's thought to limit the amount of chemo that gets to the hair follicles.

"We've seen they can be very effective at preventing hair loss associated with chemotherapy. But they're not for everyone and they don't work with every chemotherapy program," said Dr. Tessa Cigler.

Carolyn used the Dignicap during her 3 months of chemo

"You get numb and then it's not uncomfortable at all," adds Carolyn.

Cold cap technology has been used in Europe since the 1990s but has been slow to catch on in the U.S.

One concern is that the cold may stop the chemotherapy from killing any cancer cells in the scalp but it's still now clear how big or real of a risk that is.

Dr. Cigler says they now have data from thousands of women in Europe.

"The data suggests when used for right tumors and Chemothearpy the caps can be successful and we haven't see much long term toxicities," she adds.

There are currently no FDA approved cold caps in the U.S., but the so-called penguin cap has been used for several years.

It requires dry ice and has to be replaced every half hour. Dr Cigler says the Dignicap is easier to use because it's connected to a machine that consistently cools the cap to 3 degrees Celsius. You have to wear it continuously for several hours during and after each chemo session but you can take a quick break.

The Dignicap is currently being tested at four hospitals in the U.S.


That includes 2 hospitals in New York City. Beth Israel Medical Center is still recruiting patients to test this device.
Weill Cornell is not recruiting anymore but they do offer the other type of cooling therapy.