KGO
By Lyanne Melendez
SAN FRANCISCO -- A San Francisco family is facing eviction from their apartment while their 18-month-old son is in the hospital awaiting a bone marrow transplant.

Unfortunately, there is little the family can do to stop the eviction.


Arlene Brock spends most of her day at UCSF Children's Hospital with her son Apollo.

It gets worse because her husband Adrian Brock received a termination letter from his employer called Structure Properties, an apartment management company in San Francisco. Brock has been a resident manager for one of their buildings, which means he also lives there rent free.

Structure Properties said because he is no longer needed, he must also give up his apartment by the end of the month.

The Brocks now have a lawyer. "He's basically asking for a reasonable accommodation at this point because we obviously can't pack up and move out when half of our family is in the hospital," Adrian said.

The Brocks also have another son named Armand. "There is no humanity in business, that's what bothers me the most. We're already at the peak of high stress, the highest stress in your life and then to be given this on top of it," Arlene said.

The family said they know they'll eventually have to move out, but they just want some time and compassion.

Swallowing a battery sends toddler to the hospital

Family of boy with cancer gets special gift from neighbors 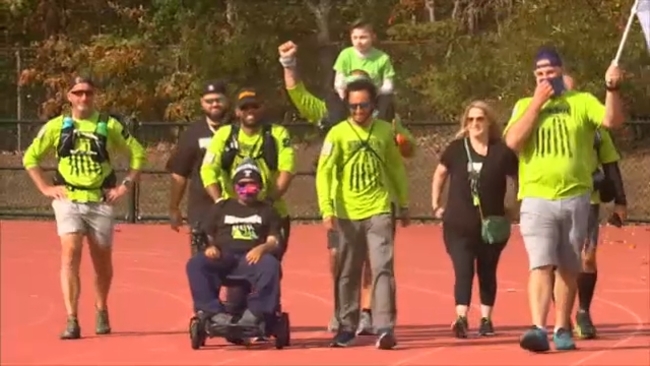