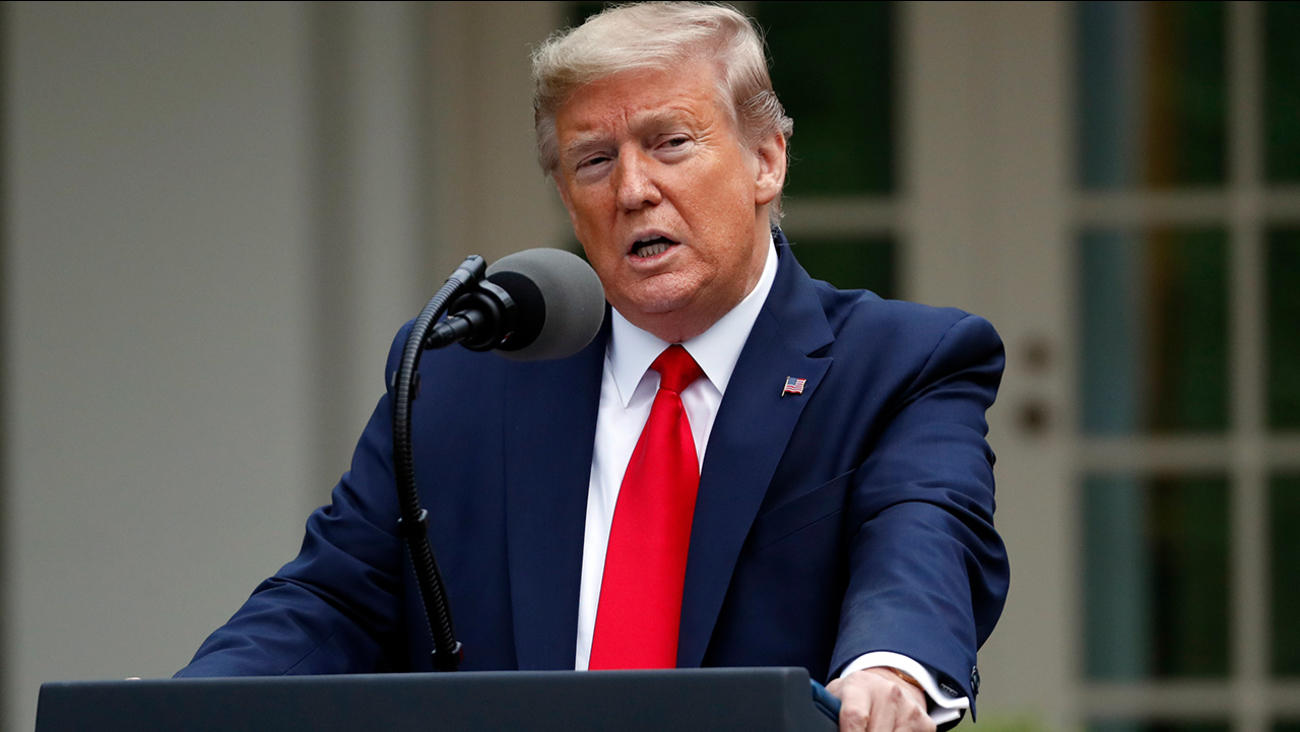 President Donald Trump speaks about the coronavirus in the Rose Garden of the White House, Tuesday, April 14, 2020, in Washington. (Alex Brandon)

NEW YORK (WABC) -- President Donald Trump backed away from Monday's claim of "total" authority to reopen the nation's virus-stalled economy, saying Tuesday he would work with the states.

Trump said he would leave it to governors to determine the right time and manner to reopen activity in their states.

New York Governor Andrew Cuomo sharply criticized Trump's assertion Monday that "when somebody is president of the United States, the authority is total."

"His proclamation is that he would be king, that's what a king is," Cuomo said at his daily briefing. "A king has total authority. That statement cannot stand."

President Trump made his comments after Cuomo and governors on both coasts announced multi-state compacts to coordinate reopening society amid the global pandemic.

"Let's not make the mistake of pulling the plug too early, as much as we all want to," California Gov. Gavin Newsom said Tuesday as he announced a series of steps, including testing, needed to help the nation's most populous state "transition from surge to suppression."

Tell the Democrat Governors that “Mutiny On The Bounty” was one of my all time favorite movies. A good old fashioned mutiny every now and then is an exciting and invigorating thing to watch, especially when the mutineers need so much from the Captain. Too easy!

No one is questioning the devastating effects the statewide shutdowns and business closures have had on the nation's economy. Nearly 17 million Americans filed for unemployment in three weeks' time, a record; state and local government tax revenue is plummeting, and businesses large and small are warning of imminent ruin.

Cuomo said restarting the economy must be done cautiously, or the hard-won gains of the past month could be quickly lost. In a tweet Tuesday, Trump appeared to liken the governors to mutinous crew members in the movie "Mutiny on the Bounty."

Cuomo said the president was "clearly unhappy." But after taking aim at the president's comments Tuesday in multiple TV appearances and during his state Capitol briefing, Cuomo said he would not engage in a fight with him.

"The president is clearly spoiling for a fight on this issue," Cuomo said. "This is too important for anyone to play politics." 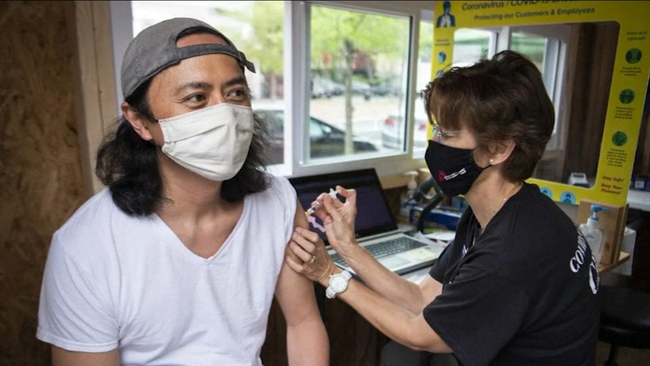 COVID Vaccine Updates: Rate of vaccinations slowing down in US Push in Bronx to fight vaccine hesitancy among holdouts