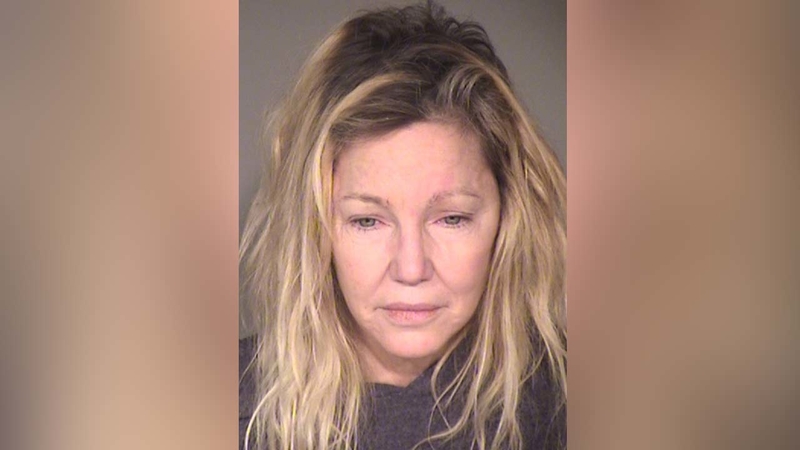 VENTURA COUNTY, California -- Actress Heather Locklear has been arrested again, accused of battery on an officer and emergency personnel.

Responding deputies said she was heavily intoxicated and arguing with friends and family. Deputies tried to separate her from the people with whom she was arguing.

During this process, she battered a deputy, authorities said. The specifics behind this incident were not immediately disclosed, but authorities did confirm that the deputy involved was not injured.

After Locklear was arrested, deputies wanted to medically clear her prior to booking due to her level of intoxication and her behavior, officials said. When medics were working on her, she kicked one in the chest, authorities said. That medic was not injured.

The actress was eventually brought under control and medically cleared. She was then transported to the main jail in Ventura County and booked. According to jail records, her bail was set at $20,000.

The 56-year-old actress was last arrested in February on suspicion of domestic violence.

She was also hospitalized for a psychiatric evaluation after allegedly threatening to kill herself when police responded to her home for another domestic dispute last week. Locklear's friends say she's been battling a mental illness and substance abuse for some time, and she was also charged with battery against first responders during last weekend's incident.

In 2008, she was arrested on a DUI charge, and in 2012 she was hospitalized after a prescription drug scare.