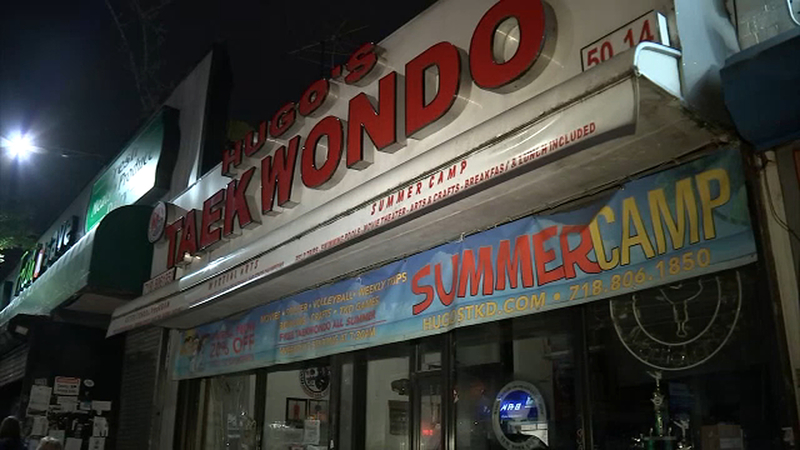 SUNNYSIDE, Queens (WABC) -- A New York City karate instructor is accused of raping a 12-year-old female student at a Tae Kwon Do studio in Queens.

Hector Quinchi, 36, has been charged with rape and endangering the welfare of a child after he allegedly had sexual contact and intercourse with the child several times between Aug. 15 and Oct. 5, officials say.

The instructor taught at Hugo's Tae Kwon Do Studio on Skillman Avenue in Sunnyside, according to the charges.

"The parents of this youngster trusted the defendant to teach the girl how to defend herself," Queens Acting District Attorney John M. Ryan said. "Sadly, the preteen needed protection from the karate instructor. The defendant is accused of fondling the girl and raping her. The defendant now faces a lengthy term of incarceration if convicted of these crimes."

"It's shocking, it's sad," said the parent of one student at the studio. "I probably know the girl, or maybe her parents. I feel bad."

Anyone else who believes their child may have been victimized is asked to call the NYPD Child Abuse Squad at (718) 261-2737.