Concern over pets being allowed on open-door helicopter flights 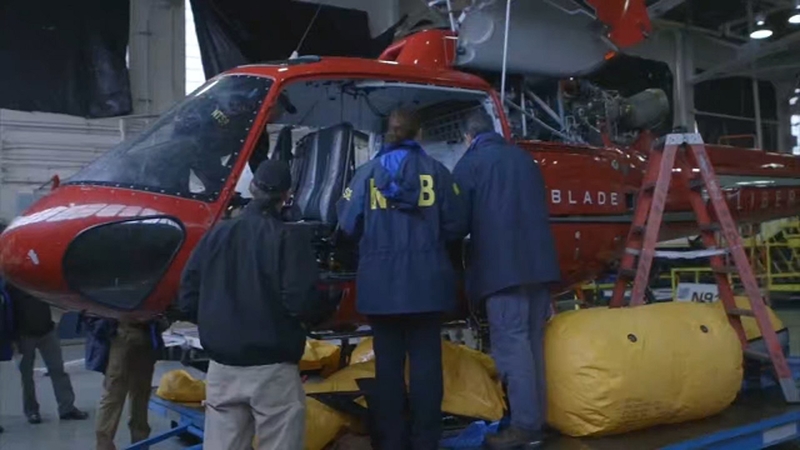 Outrage over pets being allowed on open-door heliciopter flights

There are already serious concerns about open-door helicopter tours after one crashed into the East River, and all five passengers died. Now, the concern is over pets being allowed onboard the flights.

"This has gone too far. After the tragedy in the East River in 2018, we don't want it to be repeated again," said Senator Charles Schumer.

In ads on social media, 'FlyNYON' is offering the chance to ride one of its helicopters with the doors off - with your dog. During fundraising efforts, you would even get a deep discount on the price. Some money would go to a nonprofit that helps rescue animals in disaster zones - right now teams are in the Bahamas.

Many are calling it a 'brazen' marketing ploy by a company that is under federal investigation.

Five people died back in March of 2018 when the helicopter they were riding on crashed into the East River. It was operated by Liberty Helicopter on behalf of FlyNYON.

Senator Schumer, as well as Senator Bob Menendez, gathered at the 34th Street Heliport along with representatives from PETA and the National Humane Society. The group wanted the FAA to take action against FlyNYON and to order the company to stop flying dogs and much more.

"We want them to take action now on this loophole that ultimately allows an amateur, not a professional photographer, not a news station, to ultimately hang off the side of a helicopter in an open seat capacity and create a risk to their lives," said Senator Menendez.

A representative for the company issued a statement saying,

"Today, we are focused on raising money to help these animals and their human partners that are on the frontline of supporting recovery efforts like those of hurricane Dorian, not trying to score political points."