Herb Alpert gives back at the Harlem School of the Arts 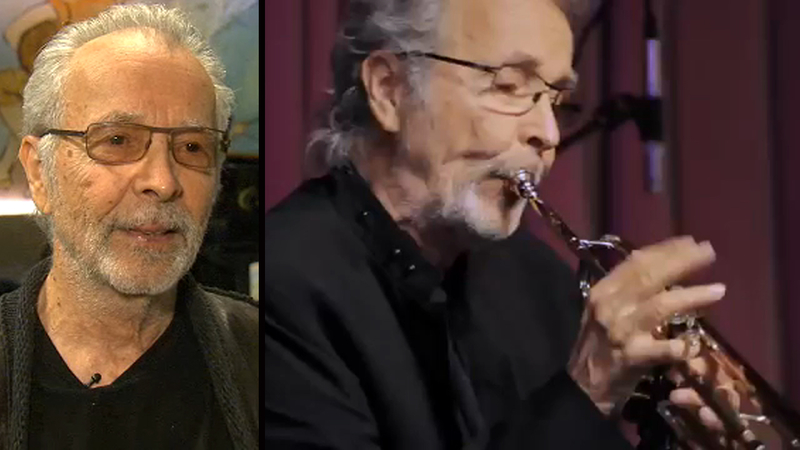 Herb Alpert gives back at the Harlem School of the Arts

HARLEM, Manhattan (WABC) -- For people of a certain age, the sounds of Herb Alpert and the Tijuana Brass are part of their childhood.

They topped the charts alongside The Beatles, and Alpert then mined more gold as the "A" in A&M records. The company he started with a partner was sold for more than half a billion dollars, and today, he spends much of his time giving back.

He comes to The Harlem School of The Arts with his wife, jazz singer Lani Hall, to hear what tomorrow sounds like.

They spent time in a class for beginners, listening to the students play "Chameleon" by Herbie Hancock.

"When they get to express themselves and get out their creativity, and they're having a good time doing it, man, that's magic," he said.

The younger kids are the same age as Alpert was when he first picked up a trumpet in his Los Angeles elementary school. Now, he says looking at the kids takes him back to when he was 8 years old.

"Absolutely," he said. "I'm an introvert. I'm a card-carrying introvert. As a kid, I was pretty mute, so when this horn started making noise, it was saying the things I couldn't get out of my mouth."

That young man with a horn went on sell more than 72 million records.

"Way beyond my dreams what happened to me, and I always wanted to pass it on," he said. "I think kids should have that opportunity, and it should not be a privilege, but it should be a right."

Experienced professionals guide the students at HSA, where a decade ago, donations from Alpert and Hall helped the school avoid bankruptcy and kept the doors open.

"This is a school that is an emblem of Harlem," board chair Charles Hamilton said. "Its history, its current state of affairs and its future, and the whole idea was, let's open this place up and let's go to another level."

Plans call for a new facade and upgraded facility, paid for by millions of dollars from the Alperts' charitable foundation.

"It means the world," HSA President Eric Pryor said. "It's a validator. It validates that we got it right on their investment for them to come back and really see the vision, the next wave, or the next phase of the vision."

The new facilities are just a means to an end so that more students can be taught, as Hall says, "With open hearts."

And Thursday night, you can see the magical results at The Harlem School of the Arts winter show. "A Harlemettes Holiday" gets underway at 7 p.m. on the Upper East Side campus of Hunter College.

For tickets and information, visit HSANYC.org.