Schumer declared the emerging proposal the "highest priority" from Democrats as congressional leaders and President Donald Trump plunge with more aid for Americans. Nurses, truck drivers grocery store clerks and others are "risking their lives" to care for Americans amid the stark pandemic and economic shutdown, he said.

"They get lots of applause and kudos," he said, referring to the nightly 7 p.m. cheers the ring out from residents across New York City for the frontline workers. But he said they also need pay.

"This is a heroes' fund and they deserve it," Schumer said.

The latest proposal is a volley in negotiations as Trump and the congressional leaders align in the push that Americans will need more aid beyound the just-passed $2.2 trillion effort.

"We're going to take good care of our people," Trump said Monday at his daily White House briefing. "It was not their fault."

The contours of the package are still being debated and it's unclear if the new idea from the New York senator would gain traction with Trump or his Republican allies in Congress, especially given what is sure to be an enormous price tag.

But there's a rare sign of emerging consensus that more needs to be done as Washington responds to the public health emergency and severe economic fallout that is ransacking communities nationwide, a crisis on par with a war effort or the Great Depression.

Schumer's proposal would provide up to $25,000 in hazard pay for the rest of the year for the frontline workers.

Bigger corporations would be expected to foot the bill for the pay hike, he said, while the federal government would provide funding for smaller firms.

Already, small businesses can tap forgivable loans of up to $10 million from the federal government to keep making payroll while workers are told to stay home. It's uncertain if the new program would be part of that or run separately.

The move comes as House Speaker Nancy Pelosi said another $1 trillion is needed is the emerging aid package.

Pelosi said Monday she wants another round of direct payments to Americans and more money for companies to keep making payroll. Senate Majority Leader Mitch McConnell has said in recent days that health care should top the list, signaling his intent to get to work on a new bill.
Any votes in Congress remain a logistical conundrum. The House and Senate adjourned for most of the month, as part of strict stay-at-home orders from public health officials to prevent the spread of the highly contagious virus.

The California Democrat has vowed to put the next package together in time for a House vote this month.

Pelosi told House Democrats on a Monday conference call at least another $1 trillion would be needed, according to a person unauthorized to discuss the call and granted anonymity.

Former Federal Reserve chief Janet Yellen joined the private call and warned Democrats the economic fallout will depend on the public health response to the pandemic, the person said. As businesses shutter to stop the virus' spread, it has hurled the U.S. economy toward a recession.

Yellen said it was impossible to know how deep and long the recession would be, and added that it would depend on the health response.

The former Fed chair also told them the nation's unemployment rate is now at least 13% and this week's jobless report will show higher numbers than last week's.

Yellen said she expects a 30 percent contraction of GDP this quarter, but has seen models as high as 50 percent, according to a Democratic aide unauthorized to discuss the call and granted anonymity.

The earlier relief package, approved in late March, included one-time $1,200 direct payments to Americans, along with forgivable small business loans for companies to keep making payroll. It also included a boost of unemployment pay, money for hospitals and a $500 billion fund for bigger corporations and industries.

Pelosi told Democrats said the $1,200 direct payments to Americans and the paycheck protection program for small businesses are not enough and more needs to be done, the person said.

She also said there needs to be more aid through the Supplemental Nutrition Assistance Program, also known as food stamps.
Trump has favored direct checks to Americans, and gave a nod to another round in the next package.

"It is absolutely under serious consideration," he said.

The shifts from the political leaders are stark amid what officials warn could be one of the toughest weeks for the country, as the number of confirmed cases and deaths climbs.

Pelosi, D-Calif., last week also backed off her more sweeping proposals for an infrastructure package to put people back to work, focusing on the more immediate health care and economic needs.

As governors plead for federal intervention to provide hard-hit hospitals in New York and elsewhere with vital medical ventilators, equipment and supplies, Senate Democratic leader Chuck Schumer called for a better-coordinated effort to care for the many sick people.

This would be the fourth package from Congress since the start of the virus outbreak. Two initial efforts were followed by the third last month, which was by far the largest, the most ambitious of its kind in U.S. history. With so much federal aid expected to be pushed so quickly to the public, Congress is also trying to swiftly stand up oversight panels.

Pelosi late last week announced the formation of a House select committee with subpoena power to monitor the decision-making and cash flow.

A broader oversight board is being formed to track the Treasury Department's dispersal of the aid to businesses, particularly the more than $500 billion in corporate and industry aid under Secretary Steven Mnuchin's discretion.

How coronavirus is leaving ghost towns in its path
Coronavirus prevention: how clean are your hands?
Social distancing: What is it and how does it stop the spread of coronavirus?
Coronavirus closures and cancelations
Coronavirus tips: What Americans need to know 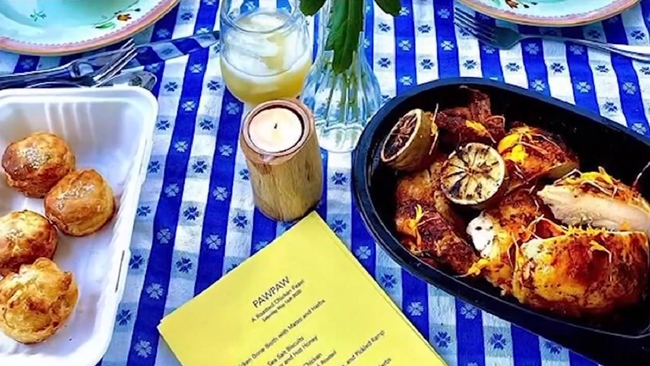