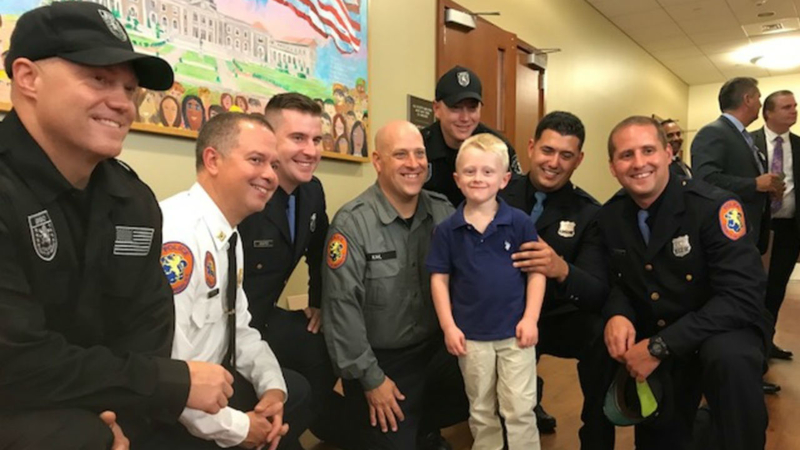 HICKSVILLE, Long Island (WABC) -- Five-year-old David Kean of Hicksville is alive today thanks to a team of police officers who saved him when he drowned in his family's pool last month.

David had already been pulled from the pool by his mother and she started performing CPR.

"That's the worst thing you could ever see is your child, like, not breathing and blue," said David's mother Heather Kean.

The officers loaded David into an ambulance and rushed him to Nassau University Medical Center, stopping traffic and blocking off roads along the way.

David started breathing on his own before they reached the emergency room.

The officers were honored Wednesday by the Nassau County legislature.

"We're happy that David is doing so well and looks like, hopefully he'll grow up big and strong," Officer Ward said.

Police medic Jacqueline Cohen was also honored. Last spring she saved a 2-year-old child in Woodmere who was having a seizure.

Cohen had to drill a needle into child's leg bone in order to administer life-saving medication.

Watch the ceremony below: