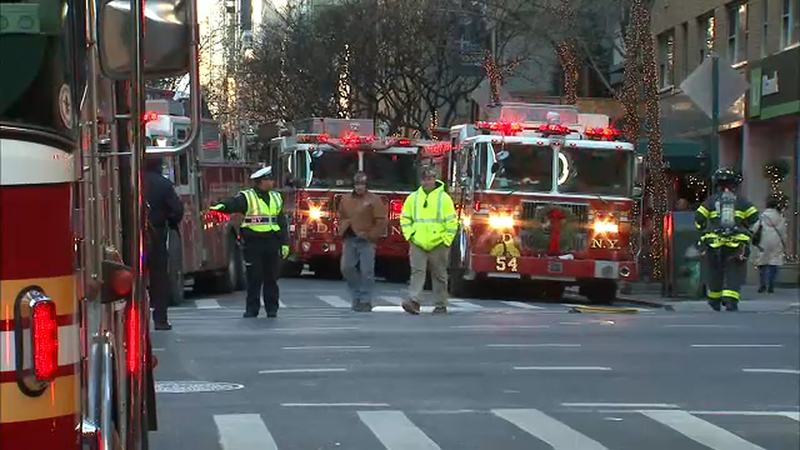 "At first I thought it was because last night was Hanukkah, and we had candles lit ourselves," neighbor Vivian Lampach said. "But then he said, 'Look out the window,' and then I called downstairs, and they were very responsive."

The co-op alerted residents with a blast of phone calls, telling them to shelter in place as smoke made its way into the hallway, staircase and elevators.

Flames or smoke were never visible from outside the building, and it took a little over an hour for firefighters to bring the blaze under control.

"It looks like it originated in the kitchen, we had one occupant who was pretty seriously injured, a woman, an adult," FDNY Assistant Deputy Chief John Buckheit said. "Fire units got here rapidly. They were able to get in and rescue her."

She was taken to the hospital, as was another resident, an elderly man who was in the hallway.