Hillary Clinton wraps up campaign with Obamas, Springsteen in Philadelphia 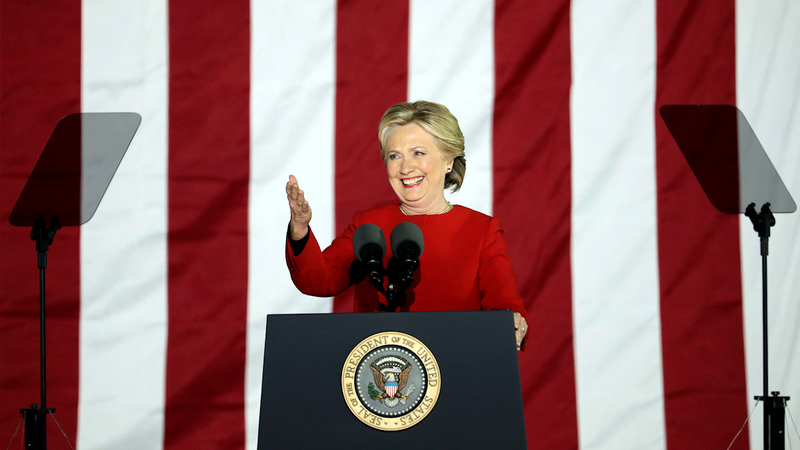 Clinton wraps up campaign with Obamas, Springsteen in Philadelphia

Springsteen performed at the event with Clinton, husband and former President Bill Clinton, President Barack Obama and first lady Michelle Obama. Jon Bon Jovi also performed as part of what was billed as the capstone of her presidential campaign.

Hillary Clinton was before her biggest crowd, by far of her entire campaign on Monday night.

She offered a surprising apology of the election we've has to endure these last 16 months.

"We have to bridge the divide, I regret deeply the tone of this campaign," Secretary Clinton said.

The evening began with Jon Bon-Jovi admonishing voters that Tuesday, the world is watching.

Then Bruce Springsteen offered his message of a blue-collar shout out for Hillary Clinton.

Springsteen went on to trash Trump as a man of small ideas, and the president did much the same.

The latest polling gives her a four point edge, and Clinton is striking a noticeably softer, more peaceful tone. It was the focus of a two-minute ad airing Monday night.

"I love this country and I'm convinced our best days are still ahead of us if we reach for them together," she said in the ad.

Clinton's team is encouraged by the long lines of early voters, who were mostly Latino in Nevada.

The big question is, will Trump accept Tuesday's outcome if she wins?

Monday night, there was a plea from Clinton.