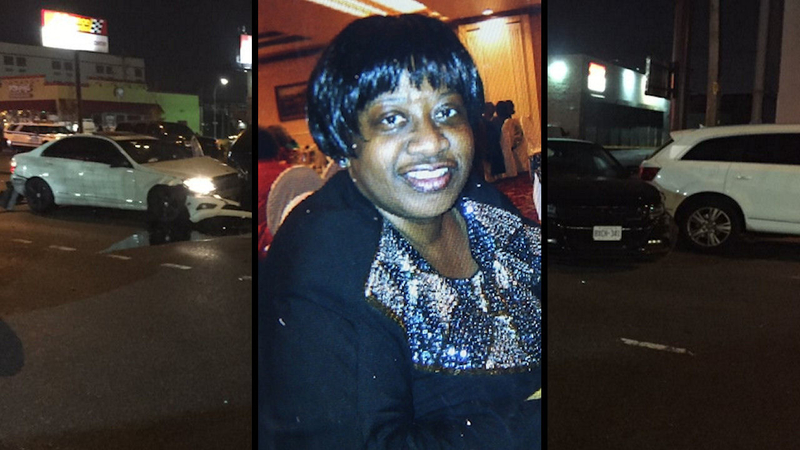 Woman struck and killed by hit-and-run driver in Brooklyn

EAST NEW YORK, Brooklyn (WABC) -- A man has been charged after a woman was killed by a hit-and-run driver in Brooklyn on Thanksgiving evening.

Michael McBean, 24, of Brooklyn, was arrested and charged with attempted robbery, leaving the scene of an accident which resulted in a death, obstruction of governmental administration and disorderly conduct.

Police responded to Pennsylvania and Stanley avenues in East New York around 7:13 p.m. after a woman was struck while getting into her parked car.

According to the New York City Police Department, McBean was traveling north on Pennsylvania in a white 2010 Mercedes Benz when he struck a Nissan Murano stopped at a light. He then struck the victim, 56-year-old Yvette Molina, who was at her Toyota Sienna. Molina is a retired NYPD officer.

Molina, of Brooklyn, was taken to Brookdale Hospital where she was pronounced dead.

The driver of the Nissan Murano refused medical attention; the drivers of Caravan, Charger and Audi were taken to area hospitals with non-life threatening injuries.