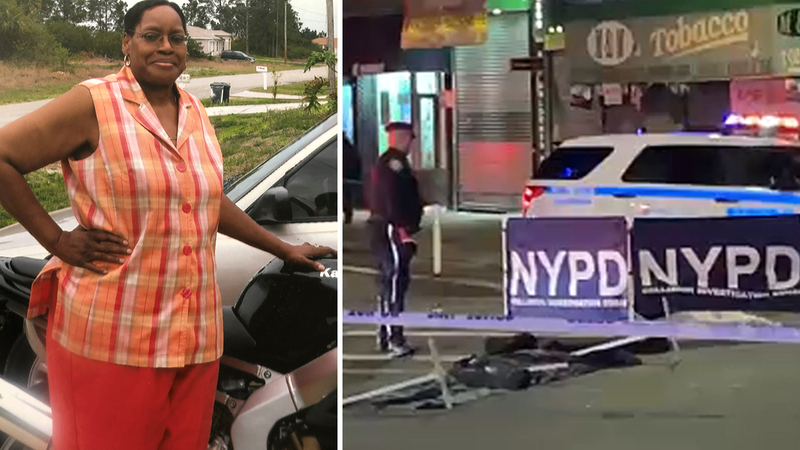 It happened at Nostrand and Flatbush avenues in Flatbush around 4:50 a.m.

Authorities say Linda Douglas was attempting to cross Flatbush Avenue and was in the crosswalk when she was struck.

Her husband, John Douglas, tells Eyewitness News she worked as a nursing assistant and was just weeks away from retiring from her job at a nursing facility in Harlem.

She was apparently driven by a van service to the intersection where she was killed.

John Douglas said his wife was an immigrant from Aruba and came to New York City nearly 50 years ago.

She was a wife, mother of two grown children, and a grandmother of one.

It appears the truck driver took off northbound on Flatbush Avenue after the crash.

Police later located the truck and after speaking with the driver, released him with no charges.