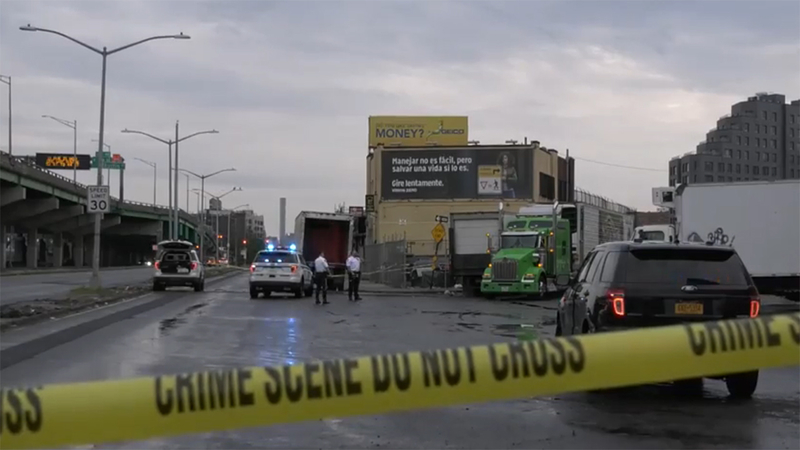 Search on for driver after man killed in hit and run

LONGWOOD, Bronx (WABC) -- A father from the Bronx was killed after police say he was hit by a car - the driver then took off.

The accident happened on Bruckner Boulevard near Austin Place.

Christopher Nieves, 37, was working at a construction job and was saving money to buy a house with the entire family.

"My son is all my life, they killed something, they take out something for me inside," says Nieves' mother, Sara Pinto,

Early Sunday, after Nieves returned home from a friend's house, police say a driver hit him and didn't stop. Nieves was left on the pavement with grave injuries.

Nieves succumbed to his injuries at the hospital, changing Father's Day forever for his 11-year-old son and his family.