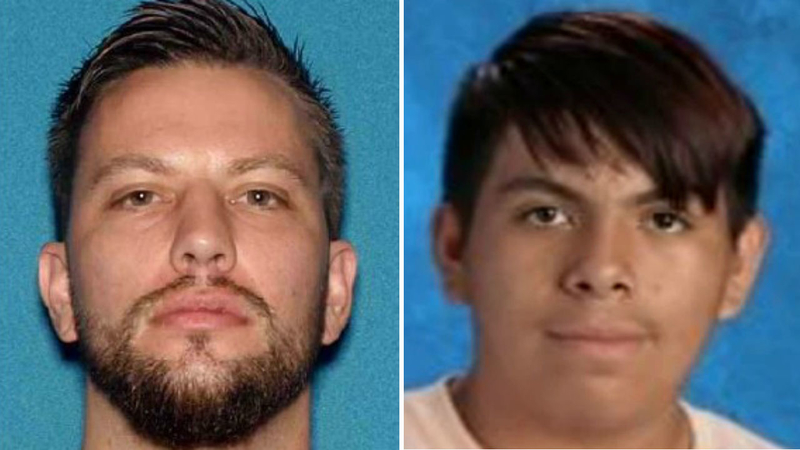 LAKEWOOD, New Jersey (WABC) -- Police say they have made an arrest in connection with the crash that killed a teenager and hurt his father in New Jersey last Friday.

31-year-old Alexander Politan of Toms River is charged with causing the death of another while driving with a suspended New Jersey driver's license, and knowingly leaving the scene of a motor vehicle accident resulting in death.

Authorities said 15-year-old Jesus Lopez Grande and his father were walking east on Oak Street in Lakewood around 9 p.m. when they were struck by a Jeep that was also traveling eastbound.

Lopez Grande was pronounced dead at the scene, while his 37-year-old father sustained an elbow injury.

It was later recovered at a home in Toms River and is in possession of police.

Politan was arrested Tuesday and taken to the Ocean County Jail, pending a detention hearing.