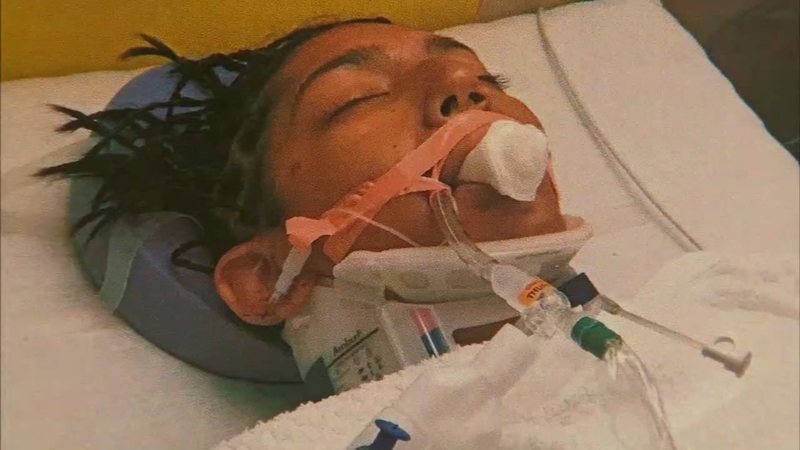 LONG ISLAND CITY, Queens (WABC) -- The family of a 17-year-old star quarterback from Long Island City, Queens, is suing the man who they say ran over him three times Halloween night.

Witnesses say the young man was not throwing eggs and instead threw other kids out of the way, saving their lives, that night.

The man driving a minivan, 50-year-old Richard Keith, allegedly started to drive after kids throwing eggs on the sidewalk.

Witnesses say, and surveillance video reportedly shows, that he went up on the sidewalk and even made two U-turns before, witnesses say, he ran over Christopher Miraba three times, going forward and reverse and then driving away.

A worker at a local restaurant ran after Keith, tripping him and holding him down while police came.

The driver is charged with attempted murder.

The 17-year-old is still at Elmhurst Hospital one month later, undergoing multiple surgeries with his family at his bedside.

They do not know if he will walk again.

This lawsuit goes to court in January.