WABC
One man in Utah turned his love of balloons into a world record.

Jeremy Telford has broken the world record for the largest balloon structure ever created by an individual after he sculpted a massive wiener dog.

It took him four days to build his record-breaking dog, which featured 8,867 balloons -- all tied together without any support structure. The whole thing measures 65 feet by 32 feet, which a Guinness World Record official said "blew the old record out of the water."

"You gotta see one of the kids came in and it was kind of gratifying to hear their, 'Wow!'" Telford said.

The previous record was held by Adam Lee, who in 2011 created a spider that measured 45 feet by 22 feet. 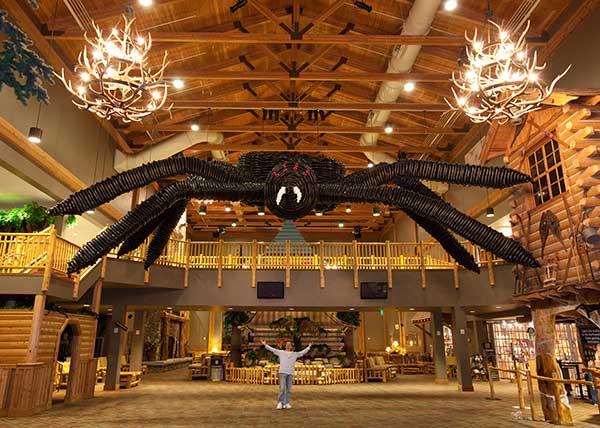 Since 2011 Adam Lee's giant balloon spider has been the largest balloon sculpture ever created by an individual. That record was broken by a wiener dog Saturday.

Telford is a professional balloon artist. After receiving a plaque from the Guinness Book of World Records representatives, Telford had plans for his creation, he wrote on Facebook.

"It is coming down after that," he wrote "epically."
Related topics:
hobbies & interestsdistractiondogsrecordbuzzworthyworld recordwatercoolersculptureu.s. & worldballoon
Copyright © 2020 WABC-TV. All Rights Reserved.
DISTRACTION