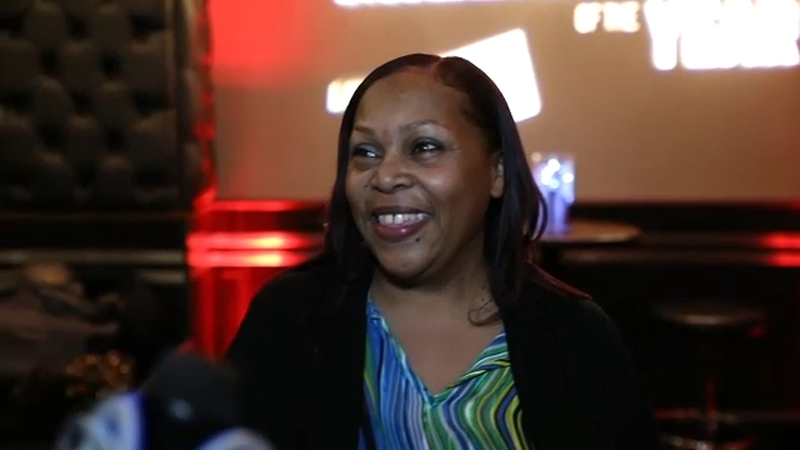 NEW YORK (WABC) -- One lucky Powerball winner will kick off 2020 in an exciting way.

More than 300 Powerball players won a chance at the lucrative sweepstakes to be Powerball's first millionaire of 2020.

The contestants came from all over the country, all hoping to be the first-ever First Powerball Millionaire of the Year.

On Sunday, a drawing for the five finalists eligible to win the big $1 million jackpot was held at the Edison Ballroom in the Theater District.

One of the finalists is Kai Nichols, 49, from White Plains.
EMBED More News Videos

Kai Nichols of White Plains is one of the five finalists in Powerball's First Millionaire of 2020 drawing.

If Nichols wins, she says she will pay off bills and enjoy life.

The first-ever first Powerball Millionaire of the year will be drawn during the live broadcast of "Dick Clark's New Year's Rockin' Eve with Ryan Seacrest" just after midnight on New Year's Day on Channel 7.

"Dick Clark's New Year's Rockin' Eve with Ryan Seacrest 2020" kicks off at 8 p.m. ET/PT on ABC on December 31. This year marks the 48th anniversary of America's biggest celebration of the year and will include more than five hours of special performances and reports on New Year's celebrations from around the globe.

Ryan Seacrest will host the primetime festivities on ABC for his 15th year and lead the traditional countdown to midnight from Times Square in New York City.

Award-winning actress Lucy Hale will join Seacrest as co-host in New York. Multi-platinum selling artist Ciara will once again ring in the New Year from the West Coast as the host of the Hollywood Party, while actor, singer, director, composer and playwright Billy Porter will make his debut as the host of the 4th Annual Central Time Zone celebration from New Orleans.

For more information on the First Powerball Millionaire of the Year drawing, please visit PowerballRockinEve.com.