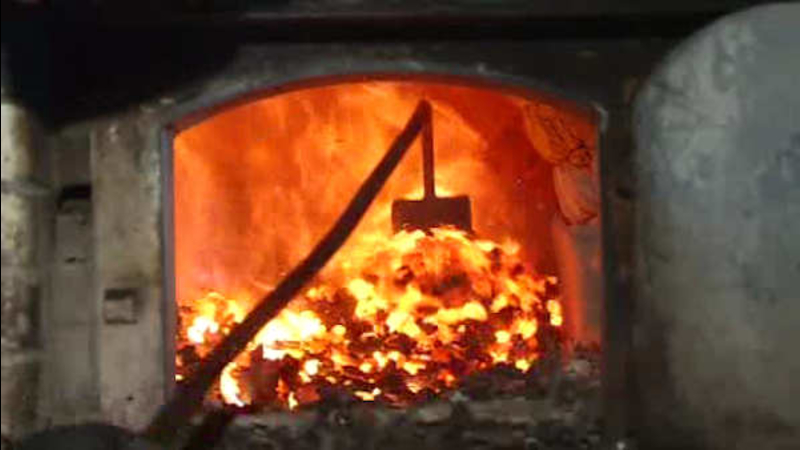 The fire inside the 100-year-old one-of-a-kind oven at the Antique Bar and Bakery was stoked for the holiday, the heat so strong that just a few feet away, it feels like you're baking on a hot summer day in direct sunlight in the Bahamas. It's the perfect temperature to cook the Thanksgiving turkey.

"It's about three tons of coal a week to fire it up," head chef Paul Gerard said. "It's just amazing to work with, and the flavor that comes out of it is absolutely fantastic."

The idea of cooking turkeys for the locals is a tradition, as the former baker used the oven to make Santra's favorite Hoboken Sticks, which are similar to a French baguette. But on Thanksgiving, the bakery gave residents a helping hand.

"During the day, as he was rolling out his loaves, he would let people bring their birds because his oven was sitting empty," Gerard said. "And he would pop them in for four or five hours and let them cook, because it's a giant oven and he had a lot of space."

Gerard already had some of the food prepared for the Thanksgiving feast, including carrots, salt-baked beets, maple brussels sprouts, spicy sweet potatoes and more. It's a feast for family friends and a few lucky locals.

The Antique Bar and Bakery closed its doors in April and is still being prepared for a December grand opening, but the oven is on full blast, ready for business and ready to share the flavor of Thanksgiving and bring a special sizzle to this holiday.