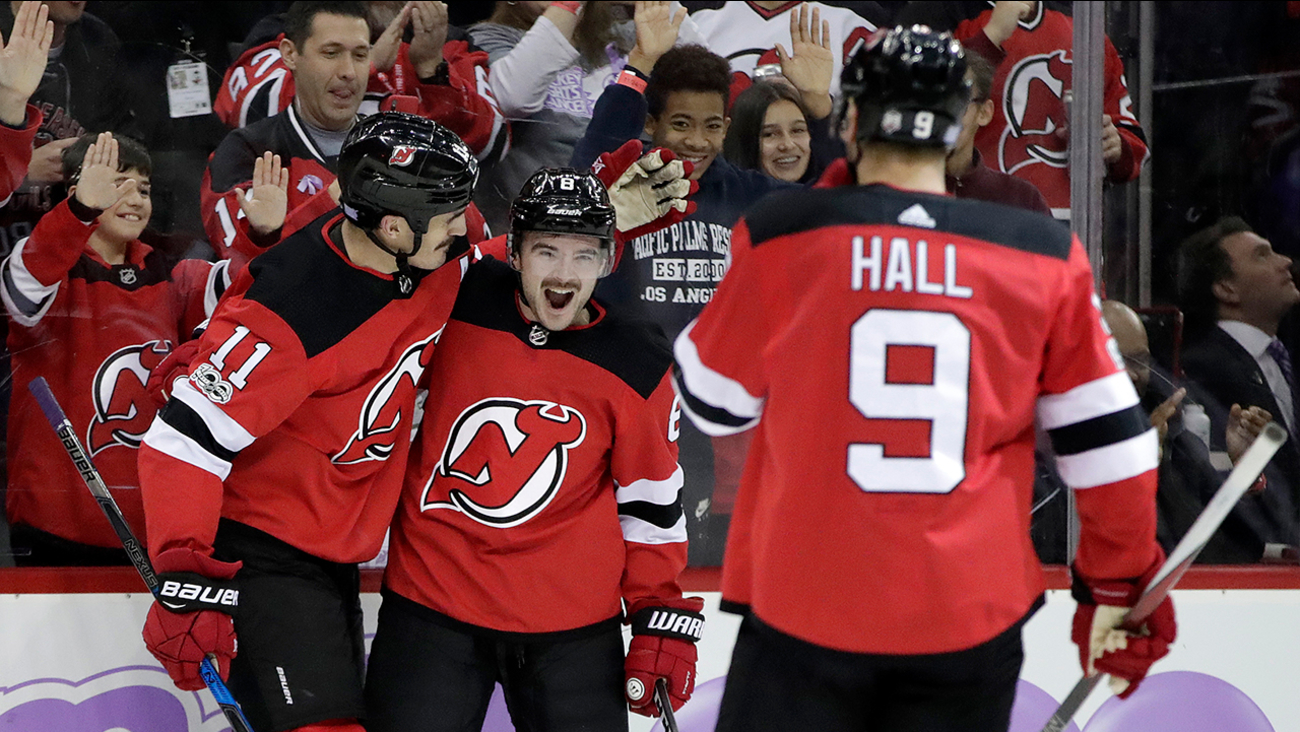 NEWARK, New Jersey (WABC) -- The New Jersey Devils defeated the Vancouver Canucks 3-2 Friday night at the Prudential Center in Newark. But it wasn't just the team's victory that captivated the 16,514 in attendance.