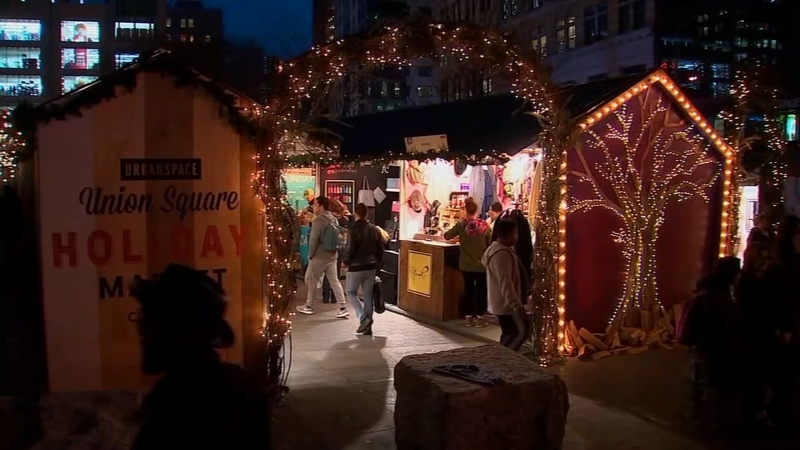 NEW YORK (WABC) -- Safety concerns have led to increased security this year at popular outdoor holiday markets in the city.

On Columbus Circle, police cars line the curb outside the holiday market that shows up every year at about this time.

In Union Square, it's not police cars but three-foot high boulders that surround the market there. The cars and the boulders provide the same service - protection from terrorism.

"We want people to feel safe when they come to shop here," said Julie Feltman, the executive Director of Urban Space, which runs the holiday markets. She says planning for this year's security started almost a year ago.

It was just about a year ago, December 20th, 2016, when a man drove a rented truck through a crowded Christmas market in Berlin. 12 people were killed and more than 50 injured.

And, of course, New York had its own vehicle-borne attack just last month on the West Side of Manhattan.

So vendors who spend the whole day in the middle of the crowd are happy with the added security.

"I think it's great," Dean, a jewelry store owner said. "It's a lot better than waiting until something happens."

Dean is from Israel. "We're professionals at preventing," he said.

"We're New Yorkers," he said with a laugh. "We are used to crowds. We grow up in crowds."