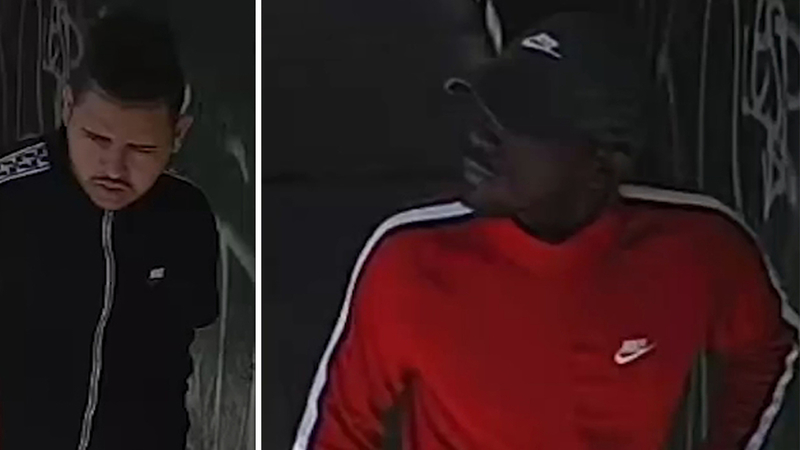 WILLIAMSBURG, Brooklyn (WABC) -- Police are searching for two men wanted in a home invasion in Brooklyn.

It happened on September 27 at 11:50 a.m. near Grand Street and Wythe Avenue in Williamsburg.

Authorities say a 31-year-old man was robbed after he opened his door to two men who had knocked.

One of the men held the victim hostage at gunpoint for more than an hour, while the other demanded his ATM pin number and then went to several ATMs to withdraw cash.

Police said they also stole $300 in cash, an iPad and two iPhones from the home.

The first individual is described as a Hispanic man, approximately 5-foot-11 and 250 pounds, wearing a Nike jacket, white sneakers, and dark jeans.

The second individual is described as a black man wearing a red waist-length jacket, gray sweatpants, and white and yellow sneakers.