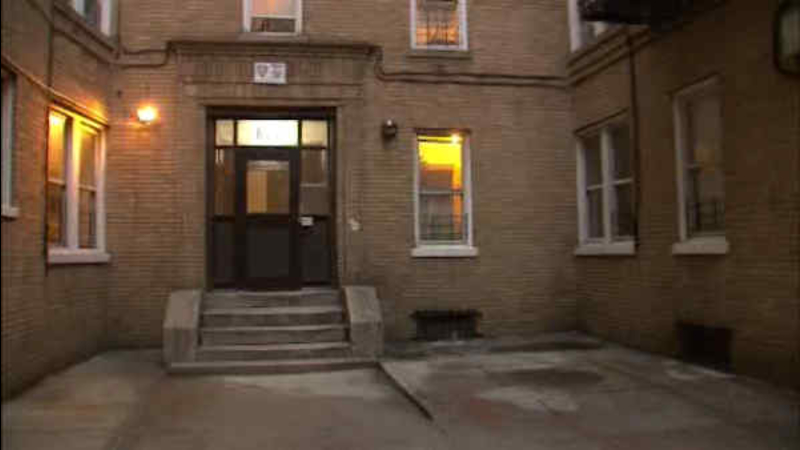 WILLIAMSBRIDGE, Bronx (WABC) -- Police are investigating a frightening home invasion in the Bronx where a woman was tied up and sexually assaulted by two men posing as Con Edison utility workers.

The incident happened at an apartment on Magenta Street in the Williamsbridge section around 1 p.m. Monday.

Authorities say the suspects pushed their way into the apartment, tied the 26-year-old victim to her coffee table and sexually assaulted her before stealing $50 and fleeing the scene.

The victim's 3-year-old daughter was home at the time, but she was unharmed.

The victim was taken to Jacobi Hospital.

The suspects are described at two black males, one wearing a black jacket with a hoodie and the other wearing a green hooded sweatshirt.

At this point, it does not appear she was targeted.

The investigation is ongoing, and anyone with information is urged to contact police.

A similar incident happened in Coney Island, Brooklyn, around 3 p.m. Sunday, when an 81-year-old woman was attacked and robbed by a possibly homeless woman claiming to be a Con Edison worker, and a third incident occurred on Staten Island last week.

They are not believed to be related, but still, the pattern has prompted Con Edison to warn customers to beware of imposters claiming to be from the company and seeking to enter a home or business.

Con Edison employees carry identification cards with their photo, name and the company's name and logo. If you see identification and still have doubts about a person's legitimacy, call 1-800-75-CON-ED (1-800-752-6633) before letting the person into your home or business.