7 On Your Side: Family finally home after Superstorm Sandy, but still missing final insurance payout 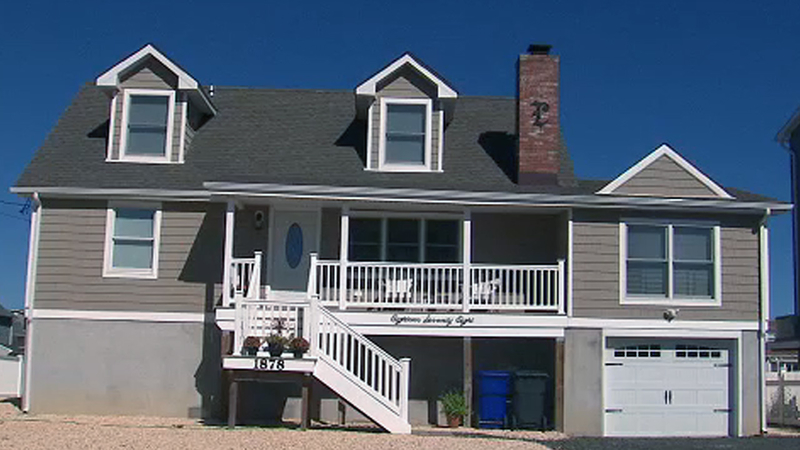 7 On Your Side: Family finally home after Superstorm Sandy, but still missing final insurance payout

TOMS RIVER, New Jersey (WABC) -- So many families were devastated by Superstorm Sandy in 2012 and then faced a series of setbacks with contractors, insurance money and FEMA payouts. We met a family from New Jersey years ago and revisited during the five-year anniversary, only to learn the retirees were still waiting the final payout from their flood insurance.

It was time for 7 On Your Side to go back to work.

It took Genevieve and John Leshik five years to finally move back home. We first met them after Sandy ruined the house they built in Toms River back in 1968.

The rebuilding process was delayed year after year. First they renovated, but then they had to re-do everything.

"We had to elevate," Genevieve said. "Our first contractor died."

Then they made the mistake of paying $360,000 up front to another contractor who they say never finished the work, then disappeared.

Two years ago, we teamed up with lawyer August Matteis, who was helping the Leshiks and other families with FEMA funds. The Leshiks wound up receiving about $35,000 in FEMA funds.

After Sandy washed them out, they went from independently enjoying their retirement to living with their son and his family.

"Who would have thought we'd spend three years on a pullout couch, with nothing," John said.

For the past year, they've been waiting to receive the final payment of their homeowners insurance.

Genevieve said calls and emails to Allstate always came to a dead end. 7 On Your Side didn't even know about the delay until we checked on them for the fifth anniversary of the storm. So we contacted Allstate, and within a few days, the Leshiks finally got their final insurance payout -- and additional $15,000.

"I'm so glad," Genevieve said. "I bless you people. It was wonderful."

Below is Allstate's full statement about the Leshik's claim:

In the wake of a catastrophe, our top priority is to help customers through the claims process so they can get back on their feet as soon as possible. When adjusting flood insurance claims on behalf of FEMA's National Flood Insurance Program (NFIP), Allstate's focus is to provide accurate assessments and process claims in accordance with the rules, regulations and policy language set forth by FEMA, which pays all claims.

We have worked closely with the Leshik family since they first filed their claim. This is an increased cost of compliance (ICC) claim, which typically means a demolition and rebuild of the home to meet FEMA's required elevation guidelines. FEMA requires specific documents for claim payments related to ICC claims. Allstate received the final documents, they have been reviewed and approved and final payment has been issued to the Lischik family. .

We recognize the claims process can at times be frustrating and we regret any inconvenience the Leshik family may have experienced.

If using the app, click here to send us a news tip
Report a correction or typo
Related topics:
home & gardentoms riverfemasuperstorm sandy7 on your side
Copyright © 2021 WABC-TV. All Rights Reserved.
7 ON YOUR SIDE
Passport backlog has travelers scrambling, frustrated
Tabernacle damaged by out-of-control NYPD SUV gets payment
Should you Buy Now Pay Later with purchases?
7 On Your Side helps customer avoid hot tub hustle
TOP STORIES
Search on for thieves after restaurant workers' scooters stolen
Lifeguard may have been bitten by shark at Jones Beach
Uber driver, his passengers among 5 killed in Long Island crash
Eyewitness News evening update
Koreas agree to restore communication channels, improve ties
Cuomo tries to cast doubt on sexual harassment claims
Kitten saved from underside of car after highway rescue
Show More
Committee set for Jan. 6 hearings amid Republican attacks
New 'Destructive' Severe Thunderstorm Warning to trigger phone alerts
Be Kind: 8-year-old auctions hog to raise money for sick friend
Political drama over Jan. 6 investigation, infrastructure deal
2 men charged in luxury watch robbery spree
More TOP STORIES News
Send us your questions, issues, and story ideas to Nina by filling out the form above, by emailing 7OnYourSideNina@abc.com, or contact Nina on her Facebook page or tweet her at Twitter @7OnYourSideNY! You can also call the 7 On Your Side Hotline at 917-260-7697.