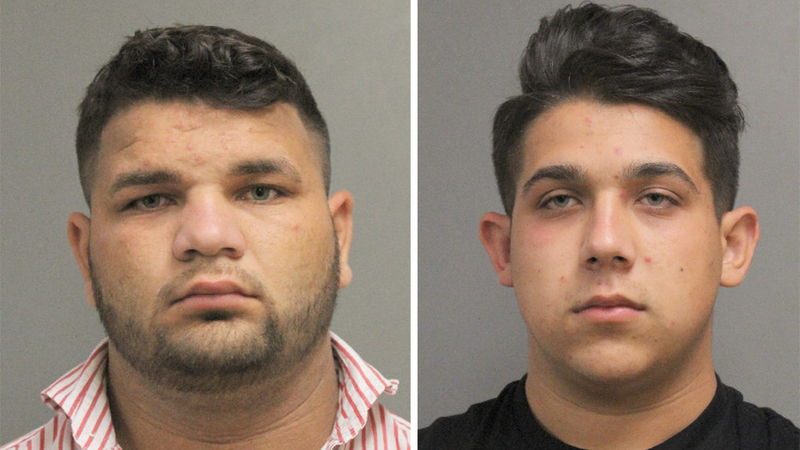 Brothers had kids in backseat during alleged robbery scheme

SYOSSET, Nassau County (WABC) -- Two homeless brothers are behind bars, accused of trying to rob people on the side of the road on Long Island. And police say they did it with kids in the backseat of their car.

Nassau County police say Catalin and Valentin Vaduva were in a car, stopped on the Seaford Oyster Bay Expressway Exit Ramp onto the Long Island Expressway on Saturday.

When a 54-year-old man stopped to help them out, police say one of the brothers tried to steal things from the man's car.

The man drove off, but he told police he saw the suspects stop another driver.

When authorities caught up with Valentin Vaduva, they say he had three girls ages 15, 3 and 2 in the backseat. They were released to a family member.

Catalin and Valentin Vaduva are charged with reckless endangerment, attempted grand larceny, and three counts of endangering the welfare of a child.

Police are asking anyone who may have been victimized to come forward and call detectives at 516-573-6253.