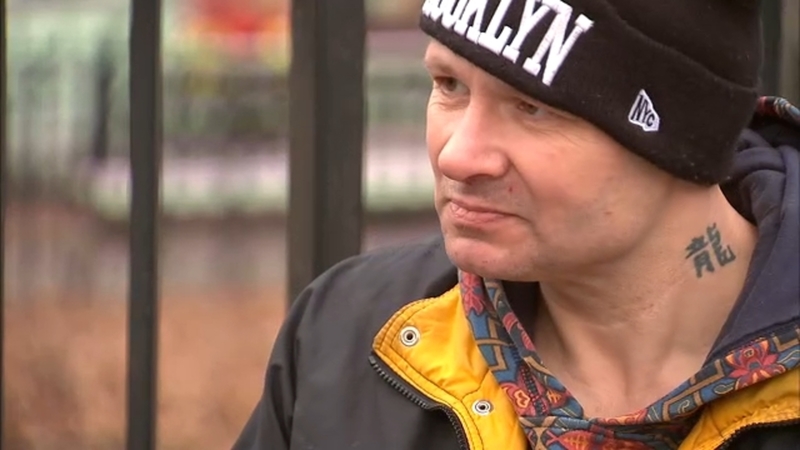 BROOKLYN, New York City (WABC) -- The New York City Department of Homeless Services is apologizing after a 7 On Your Side Investigation revealed employees at a Brooklyn homeless shelter had trashed the belongings of a resident who was temporarily hospitalized.

"Thank you so much," Willis said. "I want to express my gratitude to Channel 7. I really believe if it was just me alone they wouldn't have done anything. They need to care more for the homeless."
Report a correction or typo
Related topics:
societynew york citybrooklynshelterhomeless7 on your side investigation
Copyright © 2022 WABC-TV. All Rights Reserved.
7 ON YOUR SIDE INVESTIGATION
Ghost Guns: Eyewitness News Investigation
Subway crime: How likely are you to become a victim?
Lawmakers take action to curb ghost guns in NYC
Questions raised over NYC subway cameras after mass shooting
TOP STORIES
Official admits police made 'wrong decision' in TX shooting
Texas survivor apologized to dad for blood on clothes, losing glasses
Massacre survivor says gunman told them: 'You're all gonna die'
16-year-old arrested after social media threat to shoot up NY school
Former Uvalde school teacher grieves for her mentor, students killed
Bank employees help kidnapped woman after she asks for loan
Summit on missing women and girls of color held in the Bronx
Show More
Bethpage Air Show cancels practice session
2 Long Island beaches close due to high bacteria levels
NYC officials, businesses hoping for post-pandemic summer of tourism
Jersey Shore, businesses prep for busy Memorial Day weekend
NYC beaches officially open to swimmers this Memorial Day weekend
More TOP STORIES News