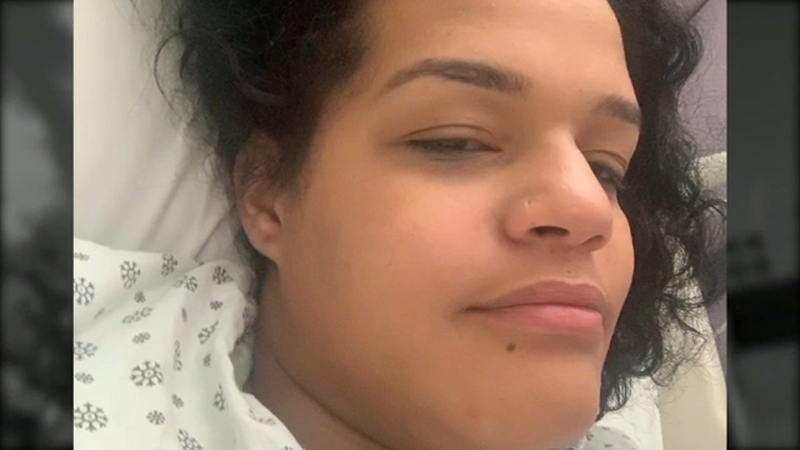 THE BRONX, New York (WABC) -- It was supposed to be a routine procedure.

Twenty-seven-year-old Rosemary Abreu went to a Bronx hospital to have a cyst drained from her thigh -- but she never made it back out alive.

Abreu went into surgery at Lincoln Hospital on September 20, and relatives said the otherwise healthy woman went into cardiac arrest on the operating table, slipped into a coma and died the next day.

Dorah Restituyo could barely contain her emotion as she discussed her late daughter.

Restituyo said she asked the doctors what happened to Abreu, and they said they didn't know.

Alongside their attorney Sanford Rubenstein, the family held a press conference Friday to announce they have filed a $50 million claim against the hospital and the NYC Health + Hospitals.

"We believe the cause of death was either the improper administration of anesthesia or the improper monitoring, but this should not be happening in our city hospitals ... It's clear this is something that never should have happened," Rubenstein said.

Abreu, who worked for the city's education department, leaves behind not only a grieving mother but also two young daughters, ages nine and two.

The family has already held a funeral but is still waiting for the official autopsy results.

WABC-TV reached out to Lincoln Hospital on Friday but did not hear back.