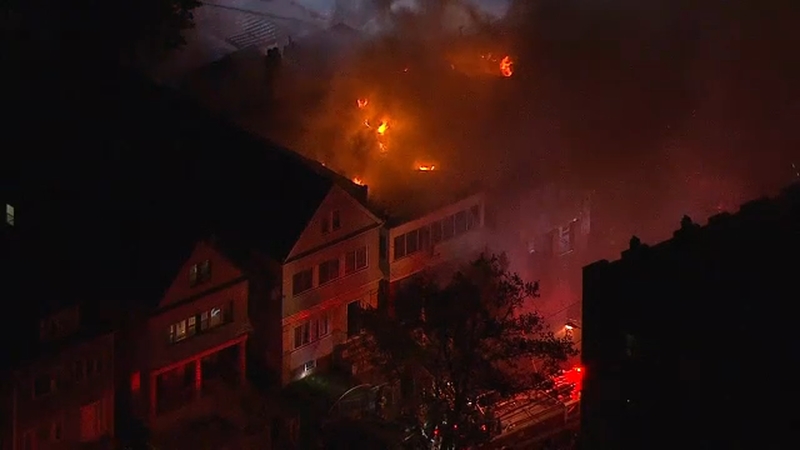 Authorities believe the fire started in a car parked between two of the homes on Wade Street in Jersey City before spreading to others on Rutgers Avenue just before 4:30 a.m.

Firefighters reportedly had to deal with hoarding conditions in some of the homes, along with high winds.

After putting most of the fire out, firefighters determined the flames were being fed by a gas line.

PSE&G was called to the scene to shut of gas to the buildings.

"Once we started darkening down the fire a little bit, we saw some blue flames coming out of the roof area," Jersey City Fire Chief Steven McGill said. "So we shut down all our exterior lines. We didn't want to put the fire out and then have a problem with a gas explosion, so we had to wait for public service gas to get on the scene to shut down the gas in the street."

Two firefighters suffered smoke inhalation but were treated at the scene and returned to work.

"Initial reports, we did hear people arguing in the back of the building, and most of the fire is towards the rear in the alley," McGill said. "So we are just investigating that."

The Red Cross is assisting the displaced residents.