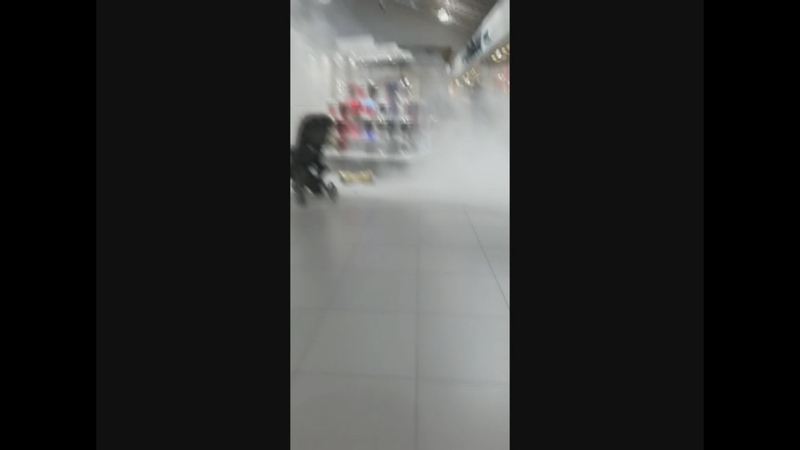 AUBURN, Washington -- A popular holiday toy caused quite a scene at a Washington state mall Tuesday morning -- and not for reasons you might expect.

Fire investigators said a hoverboard ignited, sending shoppers scrambling. Mall workers at the Outlet Collection mall in Auburn rushed in to put out the flames. They went after pieces witnesses said went flying, before the device to erupted in flames again.

"For no reason, apparent reason, it just caught on fire," said Kelli Steiner, who was shopping at the mall and shot video of the scene after she heard an explosion.

Nicole Cullen also witnessed the incident. Her son had been talking about the toy for Christmas.

"So when I saw that explosion, it was really startling, thinking, 'what if someone was on there'? Pretty scary," said Cullen.

In fact, nobody was on the device when it caught fire, which made it even more puzzling to passers-by.

No one was injured. Firefighters said it appears the device overheated, but that nothing else inside the mall caught fire.

There have been reports of at least 10 hoverboard explosions around the country as the device has gained popularity.

One caused a fire that destroyed a Louisiana woman's home.

Hoverboards are illegal in New York.