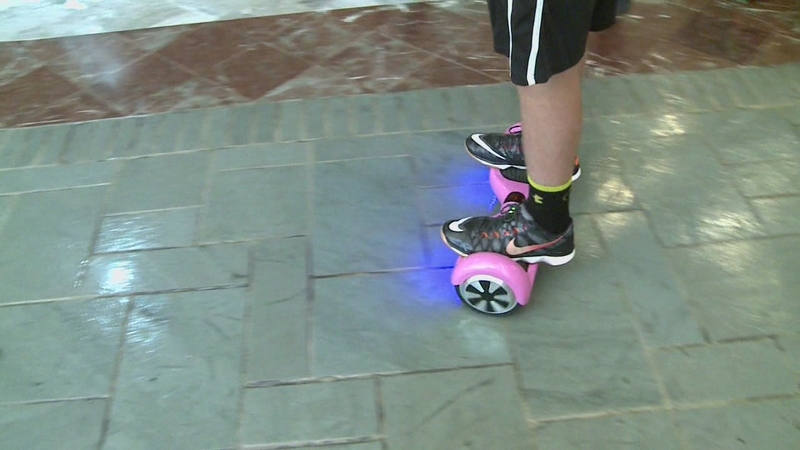 They're one of the hottest gifts this holiday season, but could they pose a threat of fire or serious physical injury?

One Louisiana family is alleging that their home was destroyed by a hoverboard that went up in flames. Local authorities are investigating now, but this is not the first allegation of smoking hoverboards.

Timothy Cade of Gulf Shores, Ala., posted this video of his hoverboard on fire, saying that just three days after purchasing the board it went up in smoke.

Both hoverboards were sold on Amazon.com through vendors. We reached out for statements from them but have not heard back.

Social media sites are packed with so-called hoverboard fails. Teenager Xavier Terell made a YouTube video of his first hoverboard ride. "I screwed up my knee. I didn't think I would get injured that badly," he said.

Brandy Giddings that she tore the ligaments trying to get off one of two family hoverboards. "It almost runs you over if you step off the front, so that's like (a) really dangerous way to do it.

And that's why experts advise wearing a helmet, and even wrist and knee pads.

In the latest Louisiana case, the family said the fire happened moments after plugging it in to charge it. Investigators are looking into that.