7 On Your Side: How to avoid estate auction exasperation 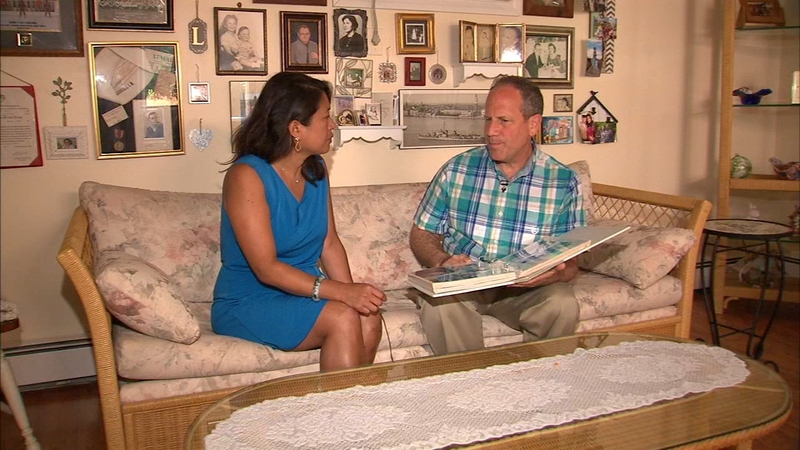 7 On Your Side: How to avoid estate auction exasperation

TOMS RIVER, Ocean County (WABC) -- It's a problem many of us face: an aging parent leaving behind a home full of memories and possessions.

One New Jersey man thought he found a win-win by using an estate auctioneer. Instead of getting his bucks back, he said he got blown off. He was close to giving up when he called for 7 On Your Side.

A wall of pictures represents the Landau family's last century. Steve Landau's mom, Sheila, spent her golden years enjoying her grandkids and finding collectibles to fill up her home.

Last August, when Steve's mom's health declined, he moved her out of her Toms River house.

Left behind were a lifetime of possessions: a couch, dressers, even a piano and her prized collection of miniatures.

After the family divided up what they wanted to keep, Steve contacted an estate auction for the rest of the house. The deal was to pay $2,200 up front and the contents would be carted away, sold at auction and Steven would get 75 percent of the proceeds.

He said he was told that he was owed about $1,300. That's what Steve said the auctioneer promised to pay him last Thanksgiving, but he says the check never arrived. Steve then called the elusive auctioneer.

"Guess he knew my number, and he wouldn't pick up the phone and wouldn't answer texts," Steve said.

Sensing a blow off, he got crafty with his calls, phoning the auctioneer from another phone. When he picked up, Steve said, "I said, 'Hey it's Steve Landau, and I heard, click.'"

His last resort against the confounding consignee, a call from 7 On Your Side. Finally, months later, his mom's estate and Steve's nerves finally settled.

"You put closure to this and I really appreciate it," Steve said. "I'm so glad."

The auctioneer said he wasn't avoiding Steve and always took his calls, but he apologized, saying the payment shouldn't have been delayed. He also said he'd re-write his contract to make payment timetables more clear cut.

The big takeaway before any money changes hands is to first, get a signed contract. The auctioneer said he sent it, but Steve said he never got one.

Also, know the terms and conditions. You should know how much you'll get and when.

And if you have an issue, put it in writing, using texts or emails. It gives you a written record much better than calling.

If using the app, click here to send us a news tip
Report a correction or typo
Related topics:
toms riverocean countynew jerseyauction7 on your side
Copyright © 2021 WABC-TV. All Rights Reserved.
7 ON YOUR SIDE
Passport backlog has travelers scrambling, frustrated
Tabernacle damaged by out-of-control NYPD SUV gets payment
Should you Buy Now Pay Later with purchases?
7 On Your Side helps customer avoid hot tub hustle
TOP STORIES
NY, NJ weighing mask guidance after CDC shift
Parts of NY, NJ have 'substantial' risk of COVID transmission: CDC
Simone Biles withdraws from all-around competition at Summer Games
McCormick spices recalled due to salmonella risk
SUV slams into pizzeria and cell phone store in NJ
Bob Odenkirk hospitalized after collapsing on set
AccuWeather: Spotty storms, cooler
Show More
Biden to announce vaccine mandate for all federal employees: Sources
COVID Updates: 100 million eligible Americans still unvaccinated
NJ icons Bon Jovi, Sinatra, others honored with GSP rest stops
Woman wanted in disturbing anti-Asian attack in Columbus Circle
2 Colorado officers arrested after 1 hits suspect with gun
More TOP STORIES News
Send us your questions, issues, and story ideas to Nina by filling out the form above, by emailing 7OnYourSideNina@abc.com, or contact Nina on her Facebook page or tweet her at Twitter @7OnYourSideNY! You can also call the 7 On Your Side Hotline at 917-260-7697.