How will jury deliberations work in Derek Chauvin case? 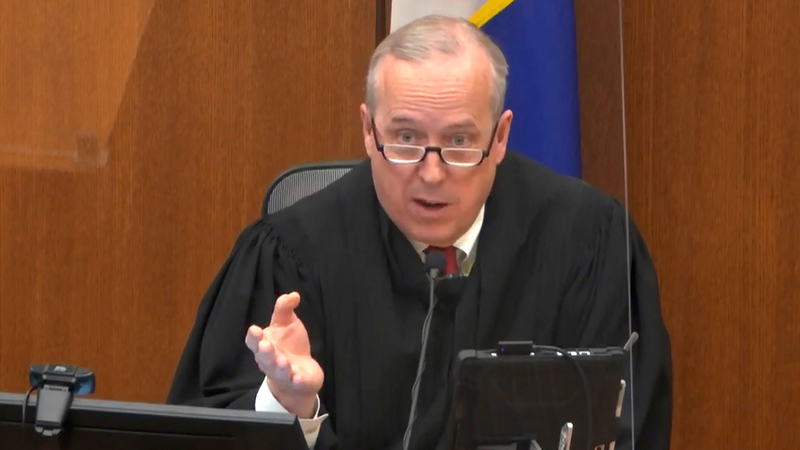 MINNEAPOLIS -- After more than two weeks of witness testimony and hours of attorney arguments, the fate of former Minneapolis police Officer Derek Chauvin is now in the hands of a jury that will decide if he is responsible for George Floyd 's death.

Jury deliberations are done in private and are largely a mystery to those who aren't involved.

READ IN FULL: Here are the complete jury instructions in the case

The jury of 12, including six white people and six people who are Black or multiracial, will be sequestered, and the duration of deliberations depends on the jury. One legal expert said waiting for a jury verdict can seem like "the longest hours of any day."

HOW LONG WILL JURY DELIBERATIONS TAKE IN CHAUVIN'S TRIAL?

As Judge Peter Cahill said, "It's up to the jury." Once deliberations begin, the jurors will be sequestered, so will likely deliberate into the evening and through the weekend if necessary. Last week Cahill told jurors that when packing for sequestration that they should "plan for long and hope for short."

WHAT HAPPENS IN THE JURY ROOM?

Jurors will choose a foreperson to lead the group through deliberations. After that, no one really knows.

Mark Osler, a professor at the University of St. Thomas School of Law, said typically jurors will take a straw poll to see where everyone stands. If everyone is in agreement right off the bat, sometimes a case is over - but sometimes jurors decide to talk about it anyway. If there is disagreement, then the deliberations begin in earnest.

WHAT EVIDENCE DO THE CHAUVIN JURORS HAVE?

The jury will be given a laptop computer with the audio and video evidence from the trial. They will have a large monitor in the room to view the items. Under prior court rules, jurors had to return to court to play videos. But in this case, they will be able to view video evidence as they need to during deliberations.

Some of the evidence presented at trial, called demonstrative evidence, will not be provided. Those include items like legal definitions of terms brought up in court, or graphics used to explain expert analysis. But all other evidence, including the widely viewed bystander video, is fair game.

Jurors were allowed to take notes during the trial and may use those during deliberations to refresh their memories. They will not be provided a trial transcript and are told to rely on their collective memory.

WHAT IF CHAUVIN JURORS HAVE QUESTIONS?

They can send a question to the judge in writing. In most cases, the judge will refer jurors back to their jury instructions. The jurors won't get any new evidence.

Typically, the jurors, defendant, attorneys for both sides and the judge return to the courtroom where the jury's questions are read and answered on the record. But in this case jury questions will be answered over Zoom. Cahill said he doesn't want to move the jury around and doesn't want people coming and going from the courthouse. He didn't say publicly if this was due to the pandemic, the high-profile nature of the case, or both.

Chauvin and the attorneys do not need to be at the courthouse during deliberations.

"Any trial lawyer will tell you that the time waiting for a jury to come back are the longest hours of any day," Osler said. "And I think the whole country is going to share that feeling on this one."

The jurors selected for the case said they could weigh the evidence fairly and impartially. And the judge reminded them of that as they embarked on deliberations.

Cahill told jurors they must not let bias, prejudice, passion, sympathy or public opinion influence their decision, and they must not consider any consequences or penalties. He said the verdict must be unanimous and based only on the evidence presented in court and the law as he provides.

"You must be absolutely fair," Cahill told the jurors, adding, "This case is in your hands as judges of the facts. I am certain that you realize that this case is important and serious, and therefore, deserves your careful consideration."
Report a correction or typo
Related topics:
minnesotatrialderek chauvingeorge floydu.s. & worldpolice officerman killedpolice brutalitypolice
Copyright © 2021 by The Associated Press. All Rights Reserved.
RELATED

What's next for sentencing of Derek Chauvin?
DEREK CHAUVIN