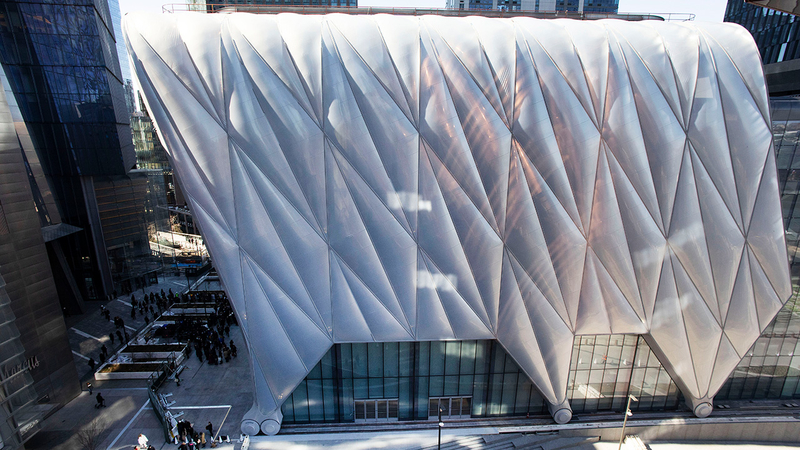 The Shed art center set to open at Hudson Yards

NEW YORK -- A new Manhattan center for the arts is opening to the public on Friday.

A ribbon-cutting ceremony was held Monday at The Shed, which will commission original works of art across all disciplines.

The 200,000-square-foot arts center is part of the $25 billion Hudson Yards development. It includes gallery space, a theater, a rehearsal space, a creative lab and an event space.

It's enveloped by a giant telescoping shell that can be moved in a matter of minutes to incorporate an adjoining open-air plaza.

The programming will debut with a concert series called "Soundtrack of America." It celebrates the influence of African American music on contemporary culture. People can also live stream the concert for free online.

The Hudson Yards development opened to the public on March 15, with the artistic centerpiece of it all a massive sculpture called "The Vessel" that features 154 flights of stairs totaling about a mile in length.

It also offers stunning views of the city.

For years, there wasn't much of a reason to visit this far west section of Midtown, but now, it's a brand new city between Hell's Kitchen and Chelsea.

Once fully completed, the development is expected to offer an economic jolt to Midtown with 40,000 new workers occupying eight million square feet of office space.