Hunter Biden sits down for exclusive interview with ABC News 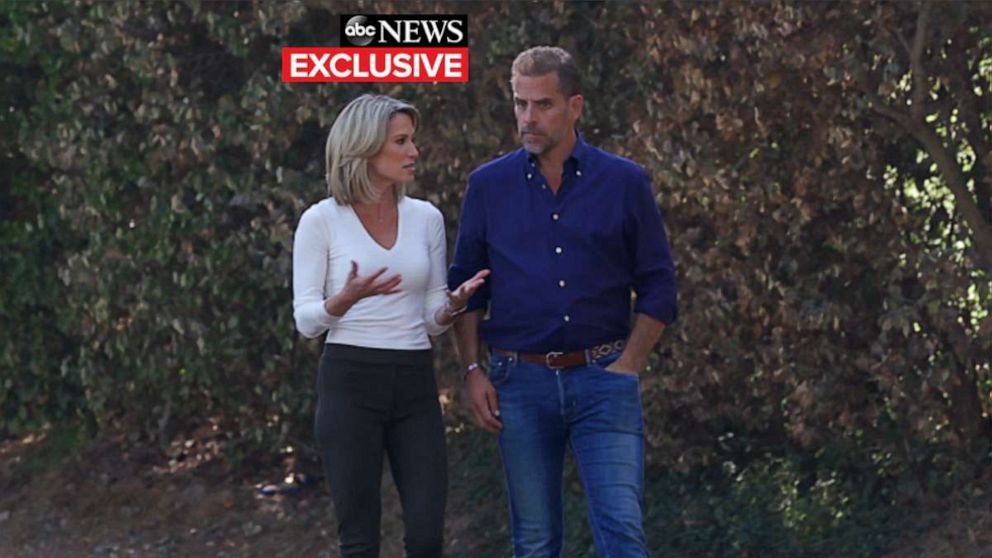 Hunter Biden sat down with ABC News anchor Amy Robach over the weekend at his home in Los Angeles for an exclusive interview, and no questions were off limits.

Tune in to "Good Morning America," "World News Tonight," "Nightline" and ABC News Live and ABCNews.com starting Tuesday for more on Biden's business dealings in Ukraine and China as well as his reaction to President Trump's rally and tweets targeting him directly.

Hunter Biden, the 49-year-old son of former vice president and 2020 Democratic presidential candidate Joe Biden, has become the focal point of a political firestorm over his former position on the board of Ukrainian gas company Burisma.

The board position has come into further focus since the release of a summary transcript of a whisteblower's complaint last month, which triggered an impeachment inquiry by the House of Representatives.

In a July 25 phone call, President Donald Trump, according to the unnamed whistleblower, asked Ukrainian President Volodymyr Zelenskiy to look into alleged criminal wrongdoing by the Bidens in connection with Hunter Biden's job with Burisma.

U.S. arms sales to Ukraine have become embroiled in a controversy, with some claims of quid pro quo against the Trump administration, after the White House ordered nearly $400 million in military assistance to Ukraine to be withheld.

Trump has repeatedly said there was no quid pro quo, and nothing wrong with the call to Zelenskiy at all -- he was simply asking Ukraine to investigate alleged corruption.

No evidence of illegal wrongdoing has been found against Hunter Biden or his father.

On Sunday, Hunter Biden's lawyer announced Hunter would step down from the board of a Chinese-backed private equity company by the end of this month and commit to halting all work with foreign entities if his father wins the presidency in 2020.
Report a correction or typo
Related topics:
abc newsnational
Copyright © 2020 ABC News Internet Ventures.
More Videos
From CNN Newsource affiliates
TOP STORIES

Hundreds of thousands remain without power after Isaias | LIVE