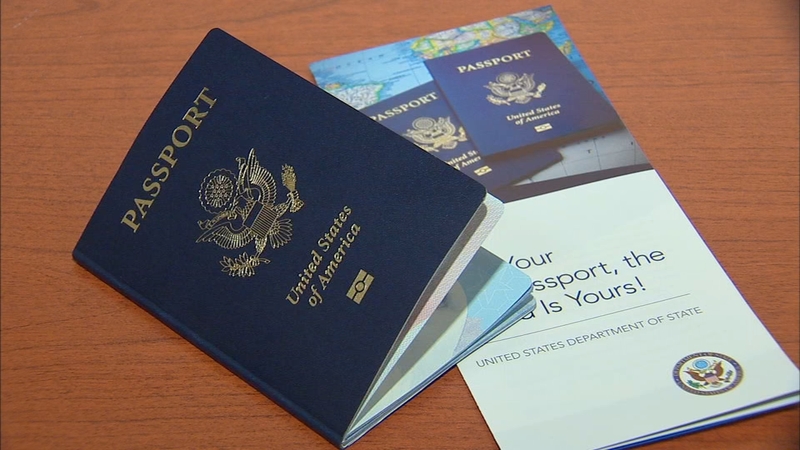 NEW YORK (WABC) -- In the aftermath of Hurricane Maria, some Puerto Ricans have fled what was left of their homes. Other homes are simply inaccessible, and now nearly three months later, there is another problem: the government hasn't been able to get passports, and sometimes birth certificates, to their rightful owners.

"Originally there were 5,000 passports and documents we wanted to reunite with their owners, now it's 600," said Michael Hoffman, the director of the New York Passport Agency. That's why he's putting out the call to New Yorkers to help.

"New York City has such a big Puerto Rican population," he said. He hopes people will tell their relatives there's a number to call if you haven't received your passport and had filed for it in Puerto Rico before the hurricane hit.

For those now wanting to apply for a passport in Puerto Rico, there are 10 acceptance offices or post offices that opened within the last three weeks. More are opening soon, but the main passport agency in San Juan still remains closed.

Life in Puerto Rico is difficult, difficult and hard in big and small ways," said Carlos Vargas-Ramos, a researcher with The Center for Puerto Rican Studies at Hunter College.

Passport delays may be a small problem in the grand scheme of things, but he hopes New Yorkers can help, and not just on this front.

He says New Yorkers need to be more than vigilant, with the federal government and local government to help those in Puerto Rico get back to some level of normal.