Police: Man arrested with guns at Houston hotel did not intend to use them 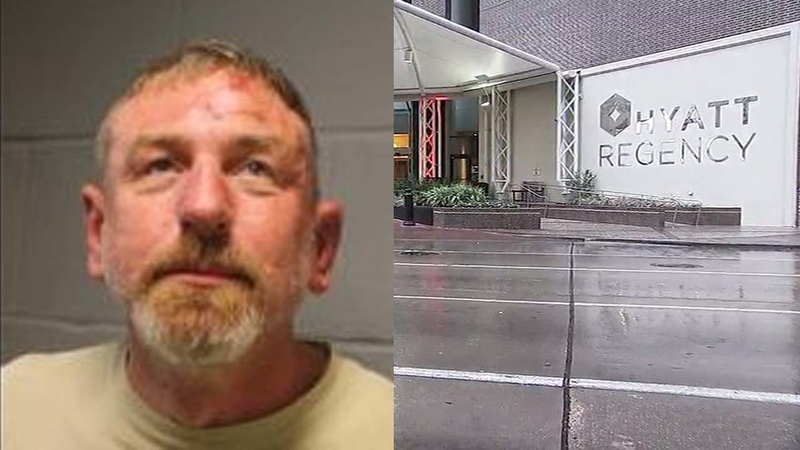 HOUSTON, Texas -- Police say a man arrested with guns at a Houston hotel had no intention of using them.

Russell Ziemba, 49, was the man arrested inside the Hyatt Regency Downtown.

Ziemba said he was at the hotel to celebrate New Year's Eve and brought the weapons with him so they wouldn't get stolen.

The Houston Police Department does not believe he had any intent to use them based on the amount of ammunition and other pieces of the investigation.

Breaking: Russell Ziemba, 49, is the man arrested at downtown #Hyatt with weapons. He told police he was there to celebrate #NYE, brought weapons in so they wouldn’t get stolen. @houstonpolice believe he had no intent to use them. #ABC13 pic.twitter.com/0nfWCdBeid

Officers were initially called to the hotel when an off-duty Houston police officer reported an encounter with a belligerent man acting erratically.

That man was allegedly Ziemba.

When attempts to subdue the man failed, the officer called for what's been described as urgent backup around 1:30 a.m.

Investigators said the man was taken into custody at the hotel, where they found several weapons and ammunition in his room.

Investigators said they also found weapons inside his vehicle.

The FBI is assisting with their investigation.

Hyatt suspect interview concluded. Placed firearms in hotel room for safekeeping while. Based on limited amount of ammunition, interview & other investigative findings no unlawful intent found. Suspect has been booked & charged with assaulting Peace Officer & trespassing.

Ziemba has been charged with assaulting a Peace Officer and trespassing.

Tom Netting, the managing director at the Hyatt Regency Houston issued the following statement in response to the arrest:

The safety and security of our guests and colleagues is our top priority, and we are fully cooperating with authorities on an ongoing investigation after an individual was taken into their custody this morning. Please be assured that heightened security measures are in place and will continue through the hotel's New Year's Eve celebration this evening. Further questions should be directed to law enforcement.