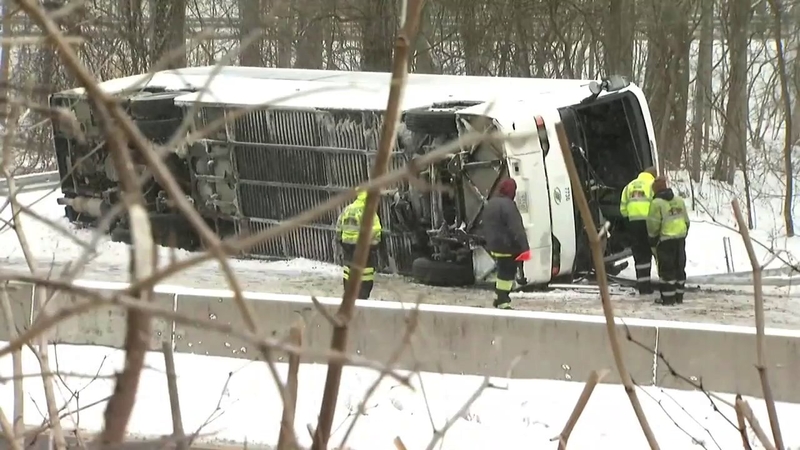 MADISON, Connecticut (WABC) -- About 70 people were aboard a casino-bound charter bus that overturned on Interstate 95 in Connecticut Monday, shutting down one side of the highway.

Photos from the scene show the white bus on its side. Numerous emergency vehicles are at the scene, and people are being loaded onto stretchers and into ambulances.

The Connecticut State Police said of the approximately 70 people on board, 30 were able to walk off the bus on their own. The rest were transported to Yale and St. Ray's Hospital. None of their injuries are considered life-threatening.

The hospital it received a total of eight patients, none of which were in critical condition. 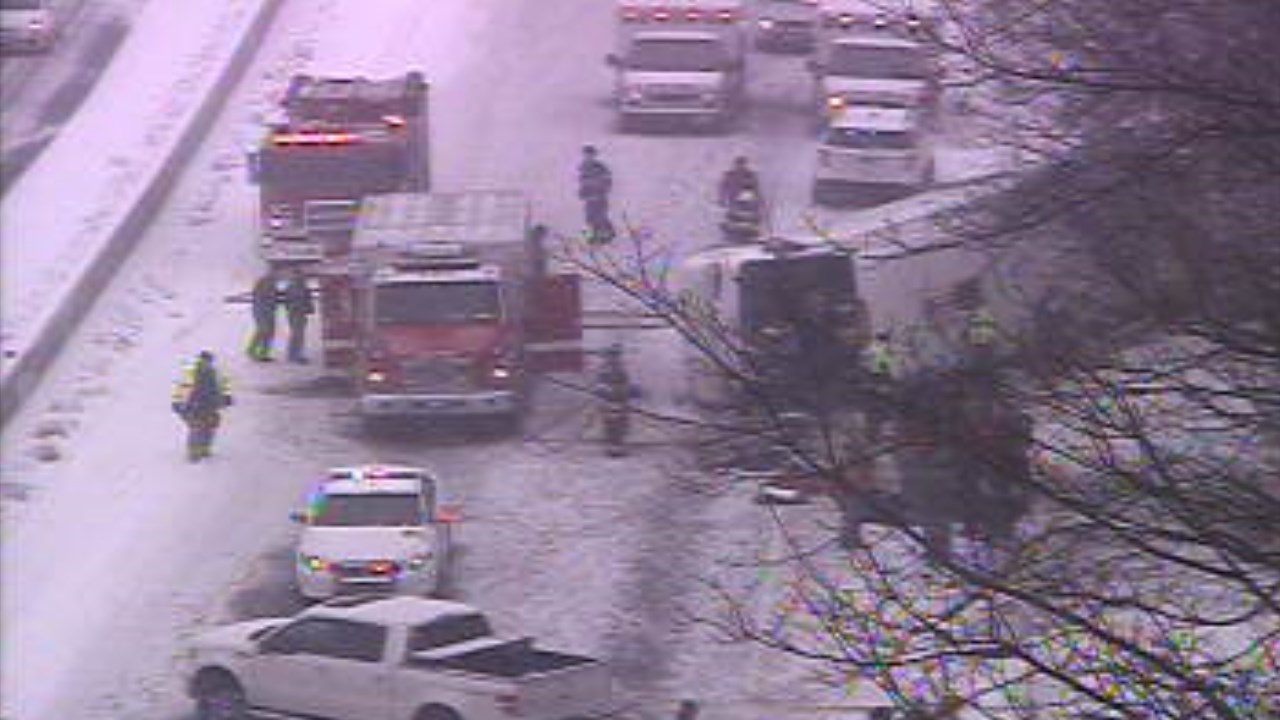 The crash occurred during a snowstorm that was expected to drop up to a foot of snow on parts of the state, but it was not immediately clear if the crash was caused by the weather.

A spokesman for the Mohegan Sun casino in Uncasville, Connecticut, said the bus is owned by Dahlia Inc and the agency operating it is VMC East Coast. He said all additional incoming buses from the New York area to Mohegan Sun have been rerouted and are heading back to New York. It will remain this way until conditions improve.