'I don't think you really can' make the election safe: Wisconsin gears up for primary 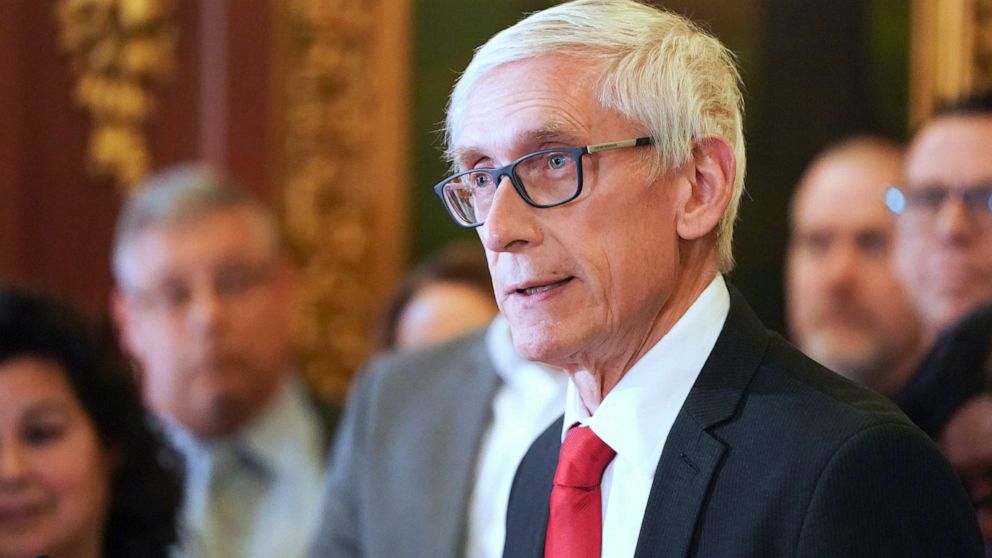 Wisconsin, one of the pivotal midwestern states for the 2020 general election, is also currently set to be the first state to restart the primary process next week amid the deadly coronavirus pandemic.

With more than a dozen states backloading the election calendar due to the novel coronavirus, the Badger State stands as an outlier, instead determined to forge ahead with their presidential nominating contest on April 7.

"Nothing has changed from my vantage point. We have several lawsuits occurring right now and so it's part of state law," Democratic Gov. Tony Evers said on Monday at a press conference on the outbreak, referring to five major lawsuits filed over the election across the state according to the Milwaukee Journal Sentinel. "It's in state law. The date is set and we're encouraging lots of people to vote absentee and online...and people are responding to that."

The decision to stay put is in part because more than just the presidential candidates are on the ballot for the upcoming spring election, which is a primary only at the presidential level and a general election for the state Supreme Court races and other local elections.

The upcoming contest also injects some sense of normalcy back into a primary season that was ground to a halt by the coronavirus.

For Wisconsin, election day nears as confirmed case of COVID-19 reach over 1,000, while state leaders vacillate over the best path forward.

In the lead up to next week's election, top officials in the state resisted postponing, appearing united in their commitment to plow ahead. But on Friday, Evers appeared to reverse course - urging the state's Republican-controlled legislature to mail absentee ballots to all 3.3 million registered voters in the state.

"This is not a Republican issue or a Democratic issue-this is an issue of democracy. I don't care who gets the credit, I just want to make sure that everyone has the chance to vote this April. We don't have time for politics-we have to get this done, folks," he said in a video on Twitter.

The last-minute request, which came only 11 days before the contest, has cleaved a wedge between the two parties over how to conduct the election. Top GOP lawmakers in the state rebuffed Evers' sudden demand, saying it would be "impossible" to send every voter a ballot under such a tight timeline.

"We're united as a caucus in rejecting the governor's request to upend the April 7th election," said Robin Vos, the speaker of the State Assembly, in a statement. "His last-minute scheme of a mail-in ballot election is logistically impossible and incredibly flawed. In fact, other states say it's impossible to implement, especially two weeks before the election with countless staffing, postal and safety considerations; our local clerks are already running out of ballots and supplies."

Evers is also up against some apprehension within his own party, as one key Democratic lawmaker in the state argued that expanding voting by mail should have happened weeks ago.

"There are not a lot of good choices given when our election was scheduled and how much time that we have," state Rep. Gordon Hintz, the Democratic leader in the State Assembly, told ABC News. "I still feel like if we had initially, a couple of weeks ago, agreed to postpone the election in order to switch to a mail ballot system, it would have been the best balance between adhering to the public health order and enabling people to participate in the election process."

"I think we heard from clerks in the elections board that sending everybody a ballot 12 days before the election was not, you know, realistic and the fact that it would require legislative action when we haven't met yet made it an unlikely prospect," he continued. "You're going to force people into a situation that we have spent the last two and a half weeks, begging people to avoid...I don't think it's possible to safely enable in-person voting without risking further transmission of the virus."

When asked what steps should be taken over the next week to ensure the election is as safe as possible for voters, Hintz replied, "I don't think you really can."

The clash between Wisconsin's Democratic chief executive and Republican lawmakers over whether to broaden the current vote by mail apparatus - while also allowing ballots to be postmarked on the day of the election and extending the collection period of give officials more time to process the ballots - or simply move forward as planned, underscores the scale with which the coronavirus has disrupted the democratic process.

Since the arrival of the virus in the country, more than a dozen states delayed primaries until the summer, the presidential hopefuls remain sidelined from the campaign trail, and a coast-to-coast push for voting by mail continues to gain support.

"While we encourage people to request absentee ballots, you know, I've requested mine over a week ago and still haven't received it yet. People that are requesting it today may not get it in time to turn it around and vote," Hintz said on Monday.

"We're asking many people to request an absentee ballot," he said. "[But] it's a 7-to-10 day turnaround in most places."

While the official told ABC News earlier this month that the state is "retooling" to prepare for an election amid the outbreak, in-person voting is still set to be an option of April 7, for now.

In Milwaukee, precautions are already underway, including equipping poll workers with gloves and masks, supplying polling sites with cleaning supplies and disinfecting wipes, and complying with CDC guidelines in terms of social distancing, by spacing out voters in line and limiting the number of people inside a polling site.

But in Waukesha, a suburb of Milwaukee, only one polling location will be available for the city of over 70,000 due to a lack of available poll workers.

In Green Bay, city officials took even more drastic measure to safeguard voters and poll workers from the coronavirus by filing a lawsuit in federal court against state officials, seeking to postpone the election and move to voting by mail. But on Friday, U.S. District Judge William Griesbach dismissed the case on Friday for lack of jurisdiction.

The Wisconsin Elections Commission also unveiled guidance for polling sites and poll workers on how to implement curbside or drive-through voting to safeguard voters.

It isn't just the municipalities that are concerned, however. Before Evers' announcement, the chief election official in the state, Meagan Wolfe, wrote a letter to Evers on March 20 underscoring concerns from local election officials and urging for "immediate action" from his administration to "support" their efforts to safeguard voters and poll workers.

"As new concerns emerge daily related to COVID-19 we must work closely with our federal, state and local government partners to ensure that every eligible Wisconsinite can safely participate in the election," she wrote in the letter, requesting Evers to assist in securing adequate sanitation supplies to local officials, such as hand sanitizer and disinfecting wipes, recruiting younger poll workers, and accessing accurate guidance from health officials for local counterparts.

Of the difficult circumstances local election officials are facing, according to Wolf, chief among them is the fact that more than half of poll workers in previous elections were in the age ranges considered most at-risk to the coronavirus.

"On April 7 there will be nearly 2,000 polling places requiring more than 20,000 poll workers and the potential of up to 2,000,000 voters or their absentee ballots," Wolfe writes in the letter. "In previous elections, more than 50% of Wisconsin's poll workers are over the age considered to be more at risk to develop serious illness from COVID-19. Local election officials around the state have expressed that they have exhausted their lists of backup poll workers; many poll workers have already conveyed they will be unable to serve."

"As of today, local election officials do not have access to the people or supplies needed. This leaves voters, clerks, and poll workers to make difficult choices. Voters should not have to choose between voting or staying healthy."

In a letter responding to Wolfe, the governor's chief legal counsel, Ryan Nilsestuen, wrote that the administration is helping to address the surge of absentee requests by helping to find envelope vendors for the absentee ballots and expedite the "purchase and delivery of the envelopes."

To guarantee there will be enough poll workers on Election Day, the governor's administration is coordinating with volunteer organizations, reaching out to large businesses, and relying on state employees to bolster staffing. But according to the letter, Evers has also said he will "call upon" the National Guard as a last resort.

"As Gov. Evers has publicly stated, he will call upon the Wisconsin National Guard if these efforts are not enough," the letter adds.
Report a correction or typo
Related topics:
abc newsnational
Copyright © 2020 ABC News Internet Ventures.
More Videos
From CNN Newsource affiliates
TOP STORIES