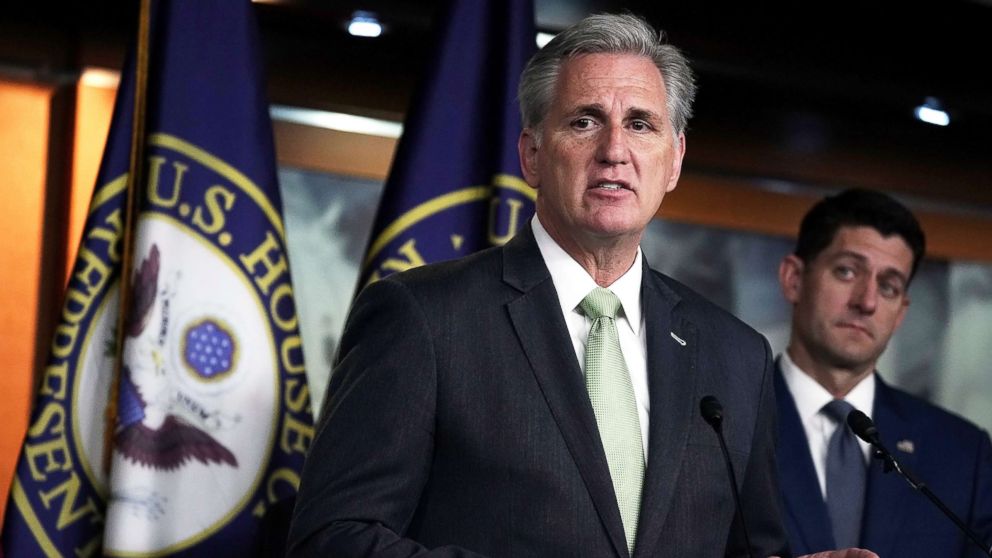 Rep. Kevin McCarthy, R-Calif., the top Republican in the House, said Sunday on "This Week" that he thinks that Kim Jong Un knew about the treatment of American Otto Warmbier, who was imprisoned by North Korea for 17 months and died six days after returning to the United States.

McCarthy told ABC News Chief Anchor George Stephanopoulos that the U.S. government's response to Warmbier's death and the president's decision to maintain the sanctions imposed after his death is evidence that the U.S. places the blame squarely on the North Korean regime.

"I mean, I think Kim knew what happened, which was wrong," McCarthy said. "That's why when we passed sanctions, we named it after Otto Warmbier, that's why the president kept those sanctions in place."

McCarthy's assertion that the North Korean leader was aware of Warmbier's treatment in prison comes days after President Donald Trump struck a much different tone, following his meeting with Kim in Vietnam, saying he believed Kim when he said he didn't know Warmbier was being tortured.

On Dec. 24, a federal judge in Washington found North Korea responsible for Warmbier's death and awarded his family hundreds of millions of dollars in damages.

Trump's statement drew the ire of lawmakers on both sides of the aisle and prompted a statement by Warmbier's family, which said -- in part -- that "Kim and his evil regime are responsible for the death of our son Otto."

McCarthy also added on "This Week" that he thought Trump clarified his Thursday statement with posts on Twitter Friday.