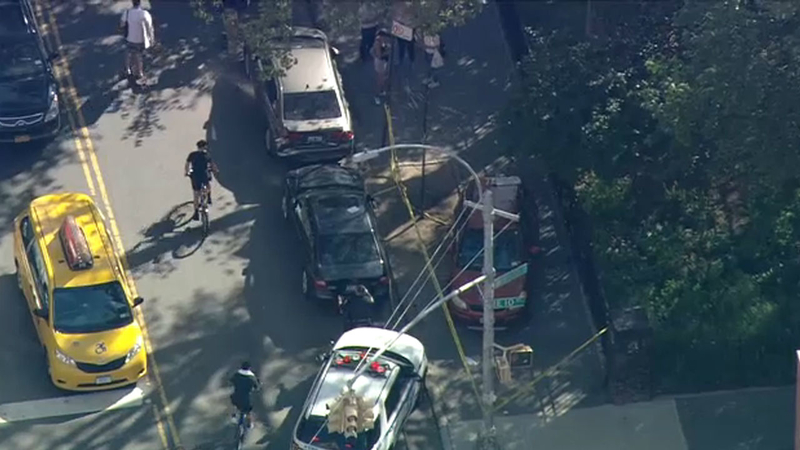 EAST VILLAGE, Manhattan (WABC) -- A woman selling ice cream was struck by a car as a driver made a U-turn in the East Village on Monday afternoon.

The incident was reported just before 4 p.m. near 10th Street and Avenue B.

Witnesses say the driver somehow hit the gas while in reverse and ended up on the curb where the 72-year-old woman was walking.

Officials later said the driver was actually attempting to make a U-turn when the car jumped the curb and struck the pedestrian -- causing her to land under the vehicle.

Police say the woman was taken to Bellevue Hospital in serious condition, but was expected to survive.

The driver remained on the scene and police do not believe he committed an intentional crime.