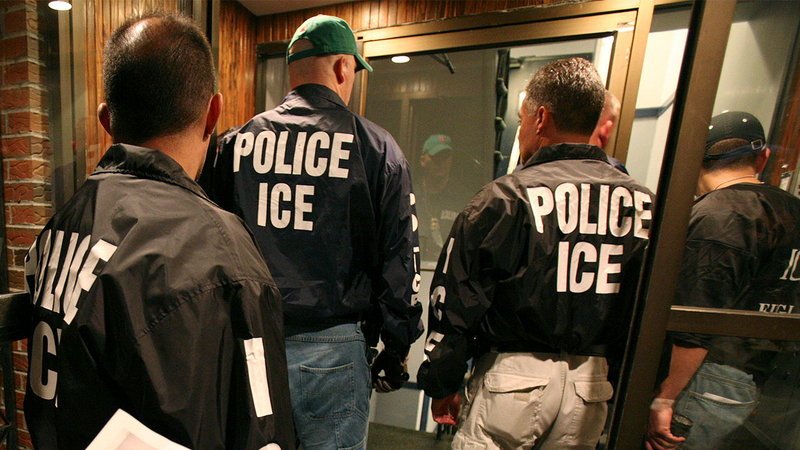 Trump said the raids, expected to take place Sunday, are delayed by two weeks after a request by "Democrats."

"At the request of Democrats, I have delayed the Illegal Immigration Removal Process (Deportation) for two weeks to see if the Democrats and Republicans can get together and work out a solution to the Asylum and Loophole problems at the Southern Border. If not, Deportations start!" the president tweeted.

At the request of Democrats, I have delayed the Illegal Immigration Removal Process (Deportation) for two weeks to see if the Democrats and Republicans can get together and work out a solution to the Asylum and Loophole problems at the Southern Border. If not, Deportations start!

ICE Acting Director Mark Morgan confirmed the planned enforcement before Trump's latest annoucement, adding that "there has to be consequences" to entering the United States illegally. Despite a recent tweet by President Donald Trump that indicated "millions" of deportations would begin next week, Morgan said no such operation was in the works.

The targeted individuals have already received deportation orders but are still living in the United States, Morgan said.

"Illegal aliens continue gaming the system by smuggling children to gain access to our country. After violating our laws, they further disrespect our country by refusing to show up for their hearings in court - so they are not even present when a judge orders them to be removed. No American citizen can get away with breaking the law or violating a court order - and neither should illegal aliens. If Congress does not change the laws to ensure illegal aliens can be promptly removed at the southern border, there is no alternative but to continuously arrest these fugitive aliens in the interior."

The anticipated sweep is expected to be similar to operations that authorities have regularly done since 2003, which often produce hundreds of arrests.

According to CNN, the Executive Office for Immigration Review announced last year that it had started tracking family cases in 10 immigration court locations.

Although New York City is not a confirmed target, it is home to many undocumented people.

Local state and city officals are vowing to fight back against the raids: New York City Mayor Bill de Blasio is urging people who have concerns to call the ActionNYC hotline at 1-800-354-0365, and New York Governor Andrew Cuomo is directing the Liberty Defense Project to assist families in need of legal services this weekend.

The NYPD said that it "does not participate in civil immigration enforcement" and therefore won't be involved in the arrests.

MORE: What to do if ICE agents show up at your door

"This is not about fear," Morgan told ABC News. "No one is instilling fear in anyone. This is about the rule of law and maintaining the integrity of the system."

Immigration activists believe this is the wrong thing to do.

"What we see with these threats is to create not just fear amongst the individuals that they're targeting but fear amongst the entire community," said Angelica Salas of the Coalition for Humane Immigrant Rights of Los Angeles.

Federal officials say a record number of migrant families have arrived at the southern border in recent months. Of the roughly 144,000 migrants stopped by U.S. authorities in May, more than 105,000 came as families.

"They do not have to open their door to any ICE agent unless they have a warrant with their name on it, not someone else's name on it. You have the right to remain silent, you don't have to offer any information about your immigration status to them," Salas said.