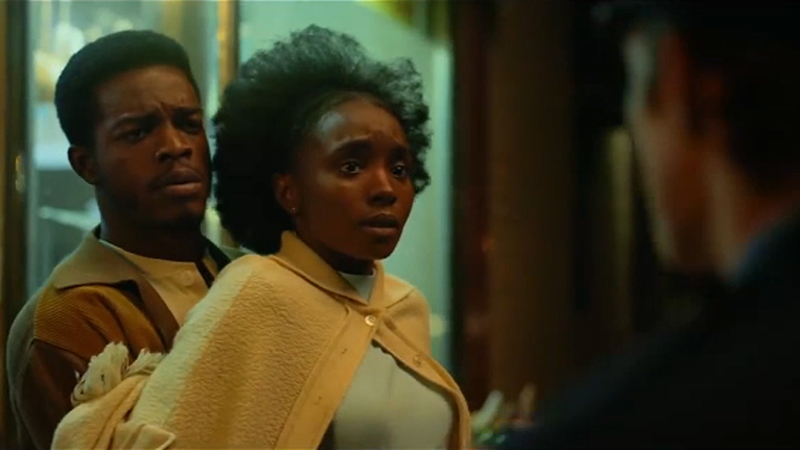 NEW YORK (WABC) -- Barry Jenkins survived the worst gaffe in Oscar history, when his movie "Moonlight" won Best Picture after another film, "La La Land," had been incorrectly announced as the winner. Less than two years later, he is back in the hunt for gold with "If Beale Street Could Talk."

"You ready for this?" Tish asks her boyfriend, Fonny.

"I never been more ready for anything in my whole life," he replies.

The two are planning to get married until he is falsely accused of a crime he didn't commit. He's sent to prison to await trial, and as Tish tells us, "I hope that nobody has ever had to look at anybody they love through glass."

"If Beale Street Could Talk" is based on a novel by James Baldwin, set in the 1970s during a troubled time in the city.

"Unfortunately, some of the issues the black community has faced in New York City, whether they're from the city's public works or from the judicial system, those things are still present," Jenkins said. "That's why I think the movie is still relevant."

Tish is played by newcomer KiKi Layne, who beat out 300 other performers for the role even though she had just one short film and a single TV role on her resume.

"We all just worked together to make sure she felt comfortable," co-star Stephan James said, "We were able to sort of go through it together."

"Everyone was extremely supportive," she said. "Just how you see in the film, you know, everyone coming around Tish as she is experiencing these new things. That's how everyone came around me, KiKi, as I was learning all these new things as well."

Still, the stars say there were both challenges and joys of making a movie about a time decades ago on the streets of today's New York.

"Obviously not everything looks the same," James said. "So we have people with headphones working through our set, and we're all in 1970s clothes. So that was pretty funny."

The film is a fine follow-up to "Moonlight" and should please anyone who liked that Oscar winner.

"If Beale Street Could Talk" is earnest and very well acted, even though the movie's slow, deliberate pace means it is not for those with short attention spans.