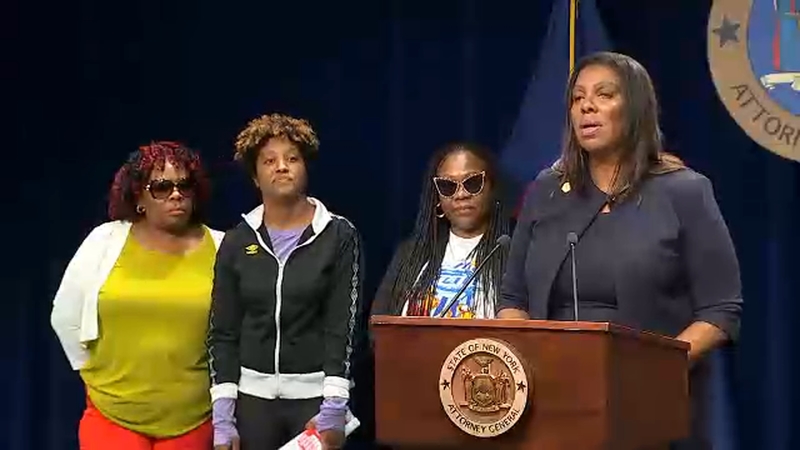 Immigrant aides who asked for full pay threatened with deportation

NEW YORK (WABC) -- Immigrants working as home health aides were threatened with deportation if they asked to be paid the full wages they were owed, New York's attorney general announced.

The employees of Allcare Homecare Agency were supposed to be paid for a certain number of hours each day.

When the workers complained to their bosses that they weren't being paid the full amount, they were told they could be deported instead.

As a result, Allcare will pay $450,000 in cash and benefits to more than 100 workers for cheating them out of wages and threatening deportation.

The settlement comes after more than a dozen former Allcare employees alerted the office of the attorney general.

Each of those workers will receive approximately $8,000 for emotional distress.

"Each year more than six million undocumented workers experience wage theft while 85 percent of immigrant workers report suffering overtime violations and immigrants have the right to work without being targeted by their employers because of their immigration status," James said.

James' office says more than 60 percent of home health aides in New York State are immigrants, and over 90 percent are women.

Despite the vital importance of their work, home health aides rarely earn above minimum wage, and approximately 18 percent of aides statewide live below the poverty line.

In July 2019, after multiple credible reports of employers threatening immigrant workers with potential deportation for standing up for themselves, Gov. Andrew Cuomo signed into law a bill creating penalties for employers who retaliate against employees by threatening them with contacting immigration authorities.