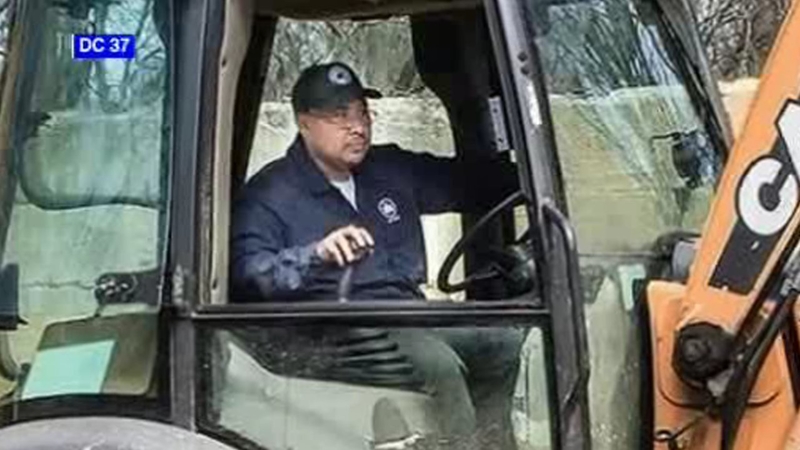 FORDHAM, Bronx (WABC) -- A family from the Bronx is in turmoil as the federal government attempts to deport a father of two who has been in the United States for nearly four decades.

Jose Molina has a green card and is a permanent resident of this country. He's been married to his wife for 16 years and works for the New York City Department of Parks.

The government is trying to deport him back to his native Panama because of a crime he committed when he was 18 years old. Molina served time in prison for assault before straightening out, meeting his wife and starting a family. But last week, he was taken into custody during a meeting with an immigration officer.

Then, Jennifer got the call she'd been dreading.

"I already knew what he was going to say," she said. "He said, 'You got to come here by 3 o'clock because they're going to take all my property, and you need to get it from them.'"

It's a devastating development, especially for a man who has been dedicated to supporting his family.

Molina, who arrived in this country as a toddler, worked his way up in the parks department, starting as a groundskeeper at Van Cortlandt Park. By any measure, he had turned his life around, until his past came back to haunt him.

"Jose is one of thousands of people facing deportation for having a criminal record," his attorney said. "And in Jose's case, a very old criminal record."

Five years ago, immigration officers showed up at their door and detained Molina, kicking off years of legal wrangling over his case. He was allowed to be home with his family, but on Thursday, during a scheduled visit with an immigration officer, he was told he was no longer free to go. The grounds, his attorney said, were seemingly arbitrary.

"The only answer they could give me was we have a new president now," Jennifer Molina said.

Still, the family is wondering why now, so many years later?

"Why did they wait 15 years to do this?" Jennifer Molina said. "Why let someone go for 15 years, get married, bring two children into this world, get a city job, and then decide, oh, OK, we changed our minds. We want to deport you now. Why didn't they do this when he first committed the crime?"