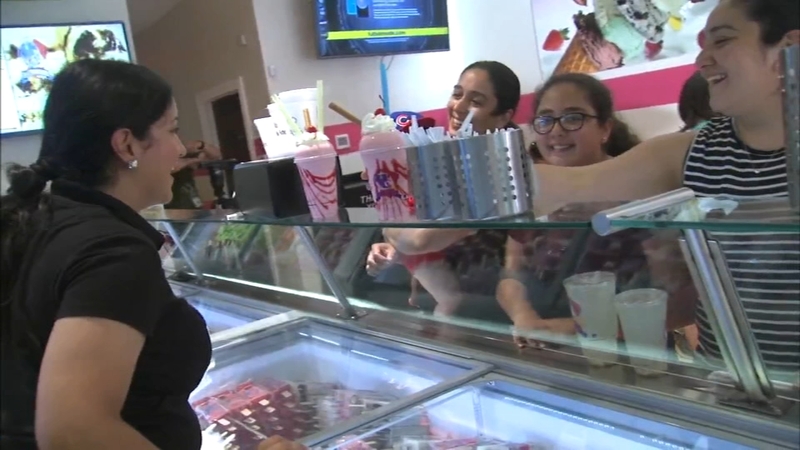 CHICAGO -- A popular ice cream shop in Chicago's East Side neighborhood has been targeted in a racist Facebook post in which a customer threatened to call immigration officials on the shop owned by Mexican Americans.

La Michoacana is a neighborhood favorite with 32 flavors of ice cream and a large variety of popsicles.

Gallardo said Sunday a customer was apparently unhappy with his milkshake.

"I don't know if it was just the employee that waited on him yesterday or what happened, but they gave him his shake," Gallardo said. "He didn't like it, and he just walked out."

When the man wrote negative comments on a neighborhood Facebook page, Gallardo said she asked that they communicate offline.

Their conversation in private message turned hateful when he wrote, "I'm sorry that you don't know how to train incompetent illegal aliens...I have friends that work for ICE I think I'll send them there."

After Gallardo reposted the man's message on the same neighborhood Facebook page, customers turned out to send their own message.

"When somebody talks about, 'Oh, I'm going to call ICE,' to me, that's bullying," neighborhood resident Juanita Buenrostro said. "Stop bullying us."

They said #HoldTheICE, but not the ice cream, and the line was out the door Monday night.

Despite the man's words, Gallardo said she still welcomes his business.

"I'd like to change his heart and have him come back out and not think that way about us," Gallardo said.

Gallardo said she tried to offer the man a free milkshake, but he blocked her on Facebook.