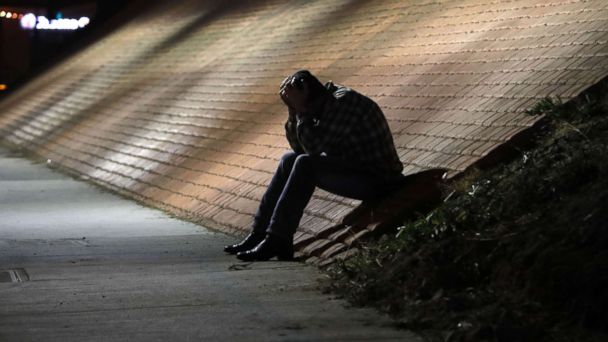 ABCNews
By MEGHAN KENEALLY
The shooting at a country bar in California now adds another deadly line on the growing list of mass shootings in the U.S. this year.

So far, there have been at least six mass shootings, resulting in 59 deaths.

The deadliest among them was the Parkland school shooting, when 17 students and staff members were killed.

The Thousand Oaks shooting Wednesday night left at least 12 people dead, and comes less than two weeks after 11 worshippers were killed in a Pittsburgh synagogue.

Among the other mass shootings this year include one at Sante Fe High School in Texas in May in which 10 students and teachers were shot dead.

Another shooting at a Waffle House in Nashville left four people dead. And a shooting at a newspaper office in Maryland left five journalists and staffers dead.

"Mass shootings are increasing in the U.S. They've been increasing over the past four years," said John Cohen, an ABC News consultant and former acting Homeland Security undersecretary. "Many law enforcement officials agree that these shootings represent the most serious threat facing the United States today."

The true death toll of gun violence is unknown by looking only at mass shootings, which are generally defined using the FBI's criteria for mass murder. By that measure, four people have to be killed for it to be classified as a mass shooting.

For instance, the shooting at a yoga studio in Tallahassee last week left three dead. As a result, the incident was not technically considered a mass shooting.

Neither was a shooting at a Maryland Rite Aid, where three people were killed in September.

"They can happen anywhere," Cohen said of mass shootings. "They're happening more frequently, more people die and it is a problem that is not receiving adequate attention."

Wednesday night's shooting at the country bar does not qualify as one of the 10 deadliest shootings in modern U.S. history, as there have been at least 10 shootings in which 14 people or more were killed.

Of the 10 deadliest shootings, five have taken place in the past three years, including the Las Vegas shooting in October 2017 when 58 were killed, the Pulse nightclub shooting in which 49 club-goers were killed in June 2016, and the Sutherland Springs church shooting, where 26 were killed in November 2017.
Report a correction or typo
Related topics:
abc newsnational
Copyright © 2020 ABC News Internet Ventures.
More Videos
From CNN Newsource affiliates
TOP STORIES