The Senate approved the near-total ban 28-19, hours after House members advanced it 62-38.

INDIANAPOLIS -- Indiana has become the first state in the nation to pass new legislation restricting access to abortions since the U.S. Supreme Court's ruling in June that overturned Roe v. Wade.

The Indiana Legislature on Friday approved the near-total abortion ban with some exceptions, including in cases of rape, incest, and to protect the life and physical health of the mother.

Indiana was among the earliest Republican-run state legislatures to debate tighter abortion laws after the Supreme Court ruling in June that removed constitutional protections for the procedure. It is the first state to pass a ban through both chambers, after West Virginia lawmakers on July 29 passed up the chance to be that state.

The debates come amid an evolving landscape of abortion politics across the country as Republicans face some party divisions and Democrats see a possible election-year boost.

The Senate approved the near-total ban 28-19, hours after House members advanced it 62-38.

It includes limited exceptions, including in cases of rape and incest, and to protect the life and physical health of the mother. The exceptions for rape and incest are limited to 10 weeks post-fertilization, meaning victims could not get an abortion in Indiana after that. Victims would not be required to sign a notarized affidavit attesting to an attack.

Republican Rep. Wendy McNamara of Evansville, who sponsored the bill, told reporters after the House vote that the legislation "makes Indiana one of the most pro-life states in the nation."

Outside the House chamber, abortion-rights activists often chanted over lawmakers' remarks, carrying signs like "Roe roe roe your vote" and "Build this wall" between church and state. Some House Democrats wore blazers over pink "Bans Off Our Bodies" T-shirts.

The House added exceptions for protecting the health and life of the mother after repeated requests from doctors and others. It also allows abortions if a fetus is diagnosed with a lethal anomaly.

Indiana lawmakers listened to hours of testimony over the past two weeks in which residents on all sides of the issue rarely, if ever, supported the legislation. Abortion-rights supporters said the bill goes too far, while anti-abortion activists expressed it doesn't go far enough.

The House also rejected, largely on party lines, a Democratic proposal to place a non-binding question on the statewide November election ballot: "Shall abortion remain legal in Indiana?"

The proposal came after Kansas voters resoundingly rejected a measure that would have allowed the state's Republican-controlled Legislature to tighten abortion in the first test of voters' feelings about the issue since Roe was overturned.

Indiana House Speaker Todd Huston told reporters that if residents are unhappy, they can vote for new lawmakers.

Indiana's proposed ban also came after the political firestorm over a 10-year-old rape victim who traveled to the state from neighboring Ohio to end her pregnancy. The case gained attention when an Indianapolis doctor said the child came to Indiana because of Ohio's "fetal heartbeat" ban.

Democratic Rep. Maureen Bauer spoke tearfully before Friday's vote about people in her South Bend district who oppose the bill - the husbands standing behind their wives, the fathers supporting their daughters - as well as the women "who are demanding that we are seen as equal."

Bauer's comments were followed by raucous cheers from protesters in the hallway and subdued applause from fellow Democrats.

"You may not have thought that these women would show up," Bauer said. "Maybe you thought we wouldn't be paying attention."

West Virginia legislators on July 29 passed up the chance to be the first state with a unified ban after its House of Delegates refused to concur with Senate amendments that removed criminal penalties for physicians who perform illegal abortions. Delegates instead asked for a conference committee to consider the details between the bills.

The debates come amid an evolving landscape of abortion politics across the country as Republicans face party divisions and Democrats see a possible election-year boost.

Religion was a persistent theme during the special session, both in residents' testimony and lawmakers' comments.

"I think that the Lord's promise is for grace and kindness," she said. "He would not be jumping to condemn these women."

"Today, I proudly signed Senate Enrolled Act 2 to return $1 billion back to Hoosier taxpayers. This fulfills what I set out to accomplish when calling the General Assembly into special session in order help Hoosiers hurting from historically high inflation. I am also especially grateful for the nearly $100 million in long overdue increased funding to support the health of our Hoosier mothers and babies. While there is still more to do, better access and awareness of all our programs will be critical to improving our infant and maternal mortality rates - a long-standing priority of my administration."The exemplary teamwork and seriousness of purpose put into each element of SEA 2 is a testament to the elected leaders who helped shape it. I would like to thank Senator Travis Holdman, Chairman Doc Brown, and Representative Sharon Negele and the many other members from both sides of the aisle who contributed to the strength of the final product."The effort to provide the programmatic supports and the billion dollars of inflation relief contained in SEA 2 is all the more remarkable as it was crafted amidst the thorough and thoughtful debate on Senate Enrolled Act 1, which I also signed today."Following the overturning of Roe, I stated clearly that I would be willing to support legislation that made progress in protecting life. In my view, SEA 1 accomplishes this goal following its passage in both chambers of the Indiana General Assembly with a solid majority of support. These actions followed long days of hearings filled with sobering and personal testimony from citizens and elected representatives on this emotional and complex topic. Ultimately, those voices shaped and informed the final contents of the legislation and its carefully negotiated exceptions to address some of the unthinkable circumstances a woman or unborn child might face."Thank you Senator Sue Glick and Representative Wendy McNamara for your brave authorship of SEA 1. Each of you demonstrated a steady hand and uncanny poise while carrying this once-in-a-generation legislation."Overall, I would be remiss if I did not share a special thanks to my friends House Speaker Todd Huston and Senate President Pro Tem Rod Bray for their partnership, strength and resolve during the lead up and all the way through this special session. You each displayed the best Indiana has to offer in steering your respective chambers through unprecedented waters and delivering on your promises to conduct a respectful and thorough process."Lastly, to the people of Indiana, let me assure you that the democratic process marches on, and you should continue to reach out to all your elected representatives to have your voice heard. Looking back, I am personally most proud of each Hoosier who came forward to courageously share their views in a debate that is unlikely to cease any time soon. For my part as your governor, I will continue to keep an open ear."

Arleigh Rodgers is a corps member for the Associated Press/Report for America Statehouse News Initiative. Report for America is a nonprofit national service program that places journalists in local newsrooms to report on undercovered issues. Follow her on Twitter at https://twitter.com/arleighrodgers 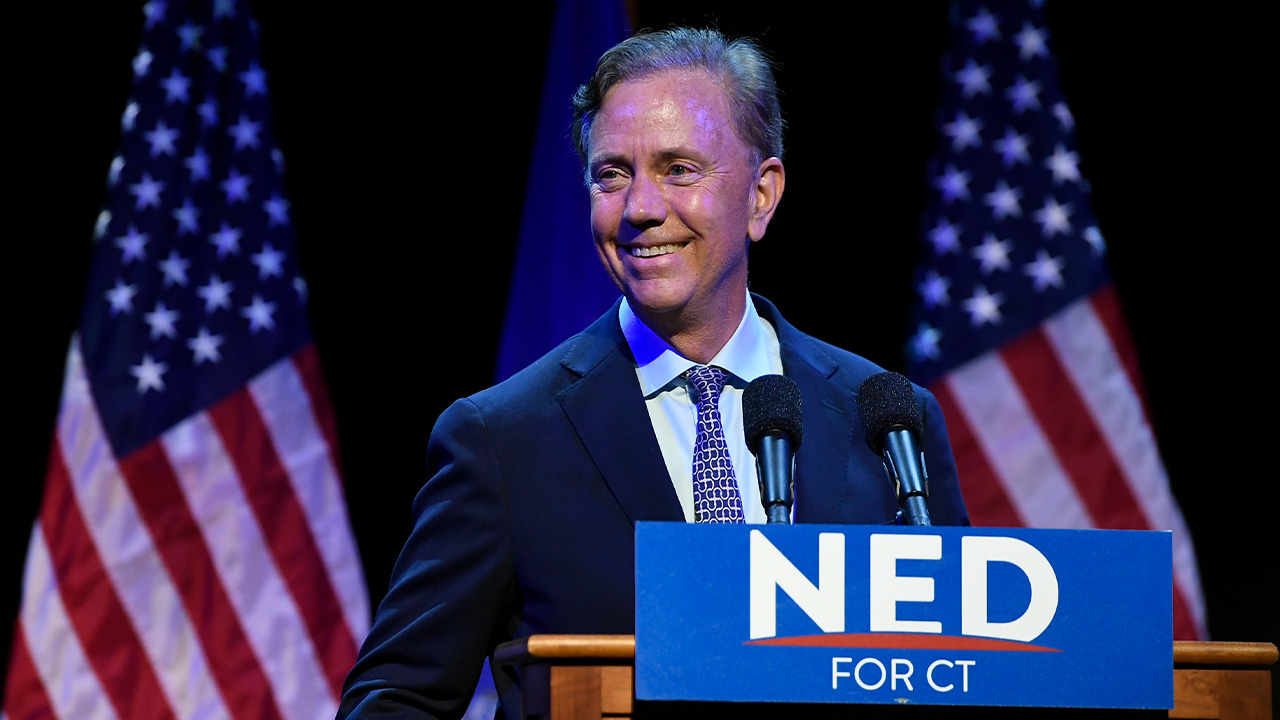 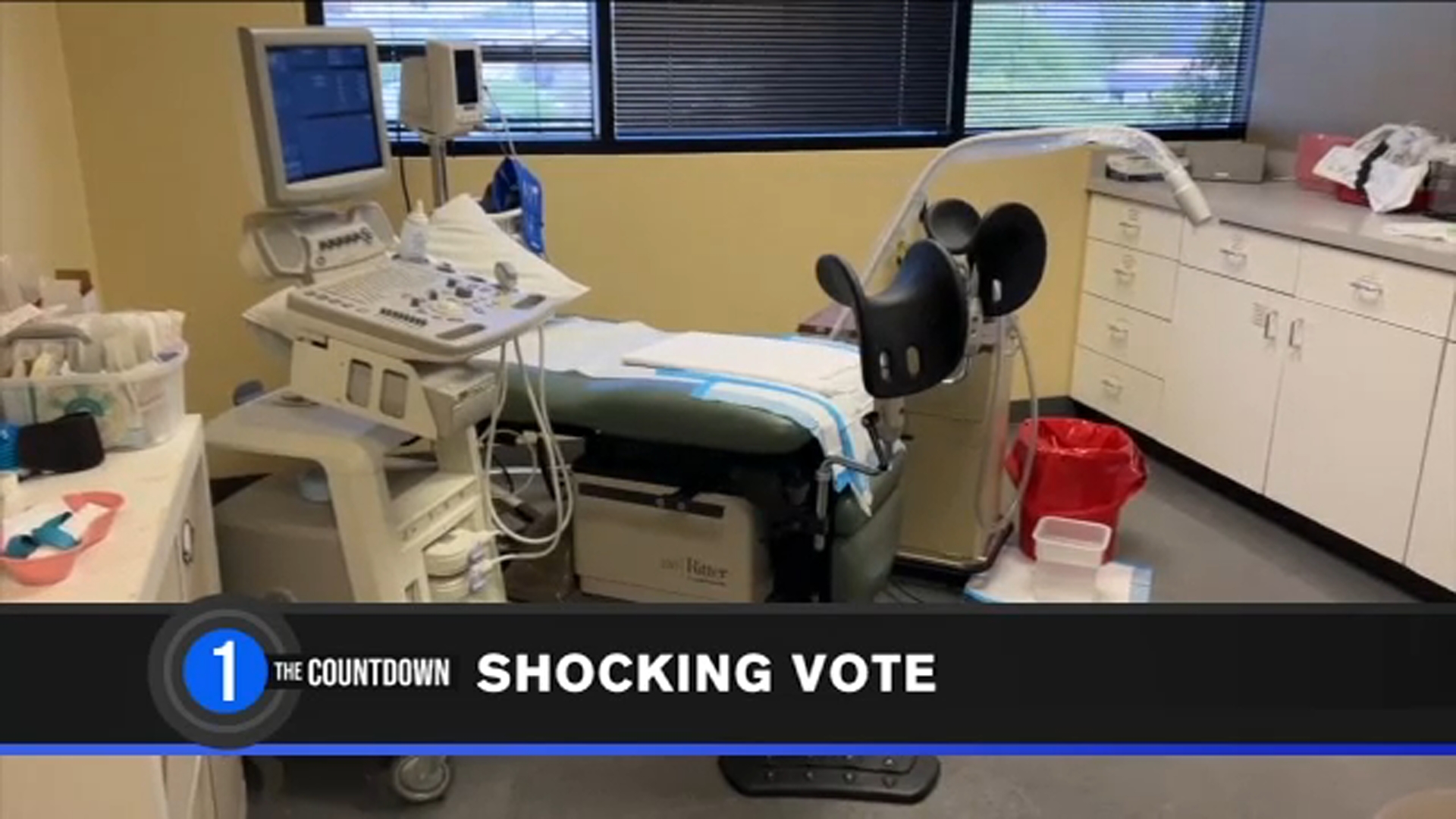 Abortion court battles press on, even in deep red states

Trump to be questioned under oath in NY AG's civil probe

AccuWeather: Not as hot, PM storms