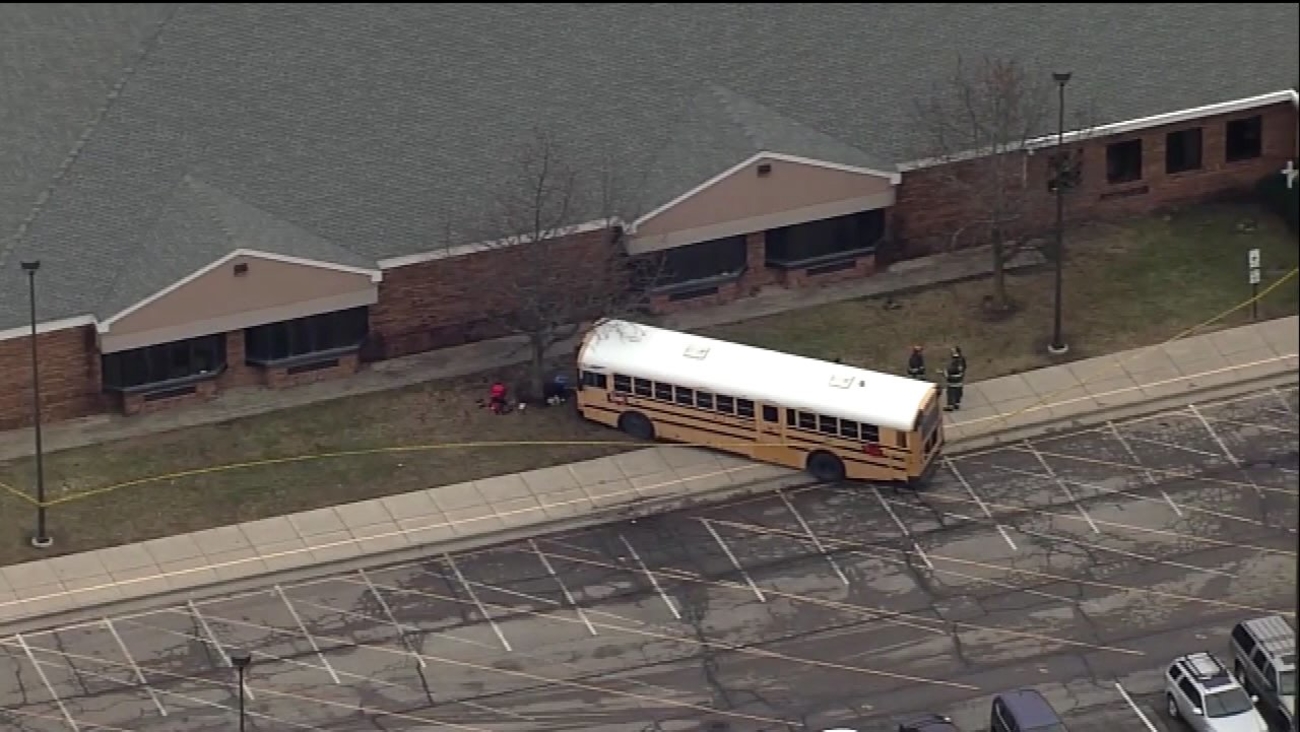 INDIANAPOLIS -- An elementary principal who was fatally struck when a school bus accelerated toward a group of students pushed six to 10 children to safety, a teacher who witnessed the accident estimated Wednesday.

Third-grade teacher Debbie Thie, a longtime friend of Principal Susan Jordan, said she was standing Tuesday on the sidewalk outside Amy Beverland Elementary School in front of a line of buses as students filed out when she saw the vehicle lurch toward the children. Two 10-year-old students were injured, but nobody except Jordan was killed.

"It was as if the bus wouldn't stop," Thie said. "The bus came up on the curb and kept going, across the sidewalk and into the grass. Susan immediately started saving the children. She backed up toward the school trying to beat the bus. She's grabbing kids and scooting them out of the way."

Thie said she lost sight of Jordan and didn't see her get hit. Thie said she thought Jordan pushed six to 10 children out of the way but she couldn't be certainly because "it all went so quickly."

"There weren't as many under the bus as some of us thought we saw," she said.

The bus driver told firefighters that she saw Jordan push several students out of the way as the bus suddenly jolted over a curb. Indianapolis Police Sgt. Kendale Adams said he didn't know whether there were any other witnesses.

Jordan was facing toward the bus when it heaved forward and tried to back up as quickly as she could "and bring kids with her," Thie said. "I'm surprised there weren't more people that weren't hurt or killed, watching that happen and all the people that were around and right there."

One boy was trapped under one of the tires, Thie said. Thie's first instinct was to get her students back inside.

"I didn't want the kids to see because kids were trapped under the bus," Thie said. "They had seen enough. They're like, 'Oh my gosh! Oh my gosh!'"

Hours later, after the students had gone home with parents and the staff was waiting with grief counselors and clergy, Thie said she was holding out hope that Jordan somehow survived the accident.

"I kept thinking, she's going to pop up here," she said. "She has been our rock through everything. She always made things better no matter how bad it was."

Colleagues said Jordan, who had been principal at the school for 22 years, made it a point to get to know every student and bring out the best in each.

"She expected the best out of everyone and she was going to do everything in her power to make sure that any child that attended that school is going to be successful," Amy Bilyeu, president of the school's parent-faculty organization, said during a news conference.

Denna Renbarger, director of early childhood education for the school district, added that Jordan "owned that school. She loved that school with every inch of her."

Police said an initial investigation found no mechanical problems on the bus and that the driver showed no visible signs of impairment. The investigation was ongoing into the crash, which also injured two 10-year-old students, but authorities are "going off the premise this was a tragic and unfortunate accident," Adams said.

Lawrence Township school district officials canceled classes at all of the district's schools on Wednesday, but some students chose to go to the elementary school to make banners and write messages to remember their principal.

The bus driver, whose name has not been released, showed no visible signs of impairment, Adams said. She was given a blood test, which is standard procedure in collisions involving fatalities, but results from the toxicology test aren't expected for weeks, Adams said.

School officials said the bus driver has no history of moving violations or discipline issues, and described her as a model employee. They wouldn't say how long she has been driving for the district.

The district kept open four of its facilities on Wednesday, including a transportation center, to provide "emotional support to our staff and families."

Gov. Mike Pence ordered flags to be flown at half-staff in Marion County on Saturday, the day of Jordan's funeral.