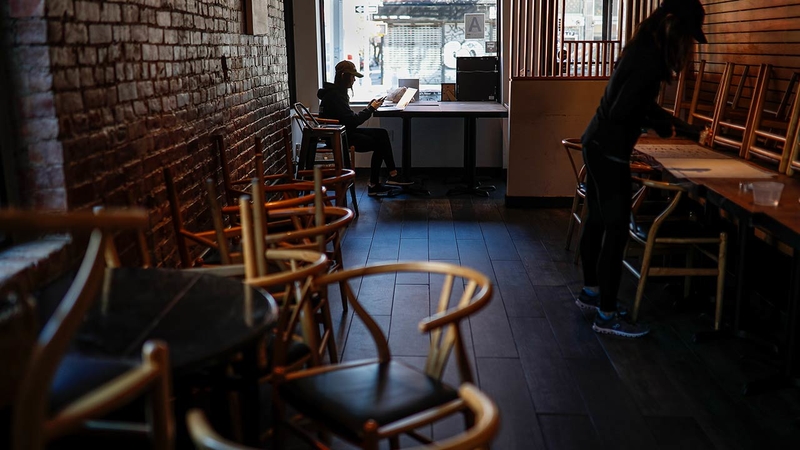 Restaurant owners react to delay of indoor dining in NYC

NEW YORK (WABC) -- New York reported its lowest five-day average in COVID-19 hospitalizations since the start of the coronavirus pandemic, even as the state is delaying some of its reopening to prevent further spread of the virus.

Governor Andrew Cuomo and Mayor Bill de Blasio announced that indoor dining will not resume when New York City enters Phase 3 on July 6, citing other states that have seen increases when social distancing and mask protocols were not followed.

New York City beaches, however, are once again open for swimming.

Meanwhile, at least eight cases have been linked to a house party in West Nyack, and Spring Training begins for the Mets and Yankees as they officially head back to work in for the 2020 season.

NEW YORK CITY
Indoor dining is being delayed for Phase 3 with the city instead focuses on expanding outdoor dining, of which thousands of restaurants have already taken advantage.
EMBED More News Videos

Raw Video: Declaring "It is not the time to go ahead with indoor dining," NYC Mayor Bill de Blasio puts the brakes on one part of the city's Phase 3 reopening.

Mayor de Blasio announced hospitalizations and ICU patients were under the threshold Tuesday, as hospitals saw 61 admissions and 293 ICU patients and 2% of new tests being positive.

In sports, the New York Yankees and Mets will report to spring training camp Wednesday to prepare for the 2020 season.

City-run beaches and those that are federally controlled have officially reopened, and the city also plans to open three pools by July 24 and 12 more by August 1.
EMBED More News Videos

NEW YORK STATE
Gov. Andrew Cuomo said hospitalizations in the state were under 900 for a third day in a row, as hospitals reported 879 COVID-19 patients on Tuesday.

Cuomo also announced 11 new deaths related to COVID-19 occurred on Tuesday, down from 13 the day before.

On Wednesday the state is expected to surpass a milestone in coronavirus testing as it will exceed four million total tests. On Tuesday, 56,710 tests were reported and the percent positive rate for those tests was 1.1%.

Cuomo said New York is doing more testing per capita "than any nation on the globe."

New York summer camps opened for the first time this week. Six YMCA camps on Long Island saw their first children arrive for up to 10 weeks of fun.

Murphy said officials in Jersey City began legal actions Tuesday against The Factory Restaurant and Lounge for what it's saying have been regular violations of the reopening regulations.

Overall hospital, ICU and ventilator use are down, though there has been a slight uptick in new hospitalizations. Since June 16, new hospitalizations have increased by 2%. Health Commissioner Judy Persichilli said hospitals are seeing an increase in allergy-induced asthma and are admitting those patients out of an abundance of caution.

Jersey City became the first city in the country to implement body temperature scans and mask recognition technology at all municipal buildings.

CONNECTICUT
Yale University is planning to welcome students back to campus in August with public health protocols including required weekly testing for the coronavirus, the school announced Wednesday.