Here's how President Biden wants to fight inflation in America

Inflation in America is higher than it has been at any point in nearly 40 years.

Addressing a concerned nation and anxious world, President Joe Biden has vowed in his first State of the Union address to check Russian aggression in Ukraine, tame soaring U.S. inflation and deal with the fading but still dangerous coronavirus.

WASHINGTON -- Rising prices on everything from food to gasoline are hurting Americans. Now the White House has unveiled a plan to fight inflation, President Joe Biden said during Tuesday's State of the Union address.

"Too many families are struggling to keep up with their bills," Biden said, noting that soaring costs are keeping workers from reaping the benefits of the strong labor market and rising wages. "I get it. That's why my top priority is getting prices under control."

Inflation in America is higher than it has been at any point in nearly 40 years. Two of the most-watched inflation indicators -- the Labor Department's consumer price index and the Commerce Department's personal consumption expenditure price index -- hit their highest level since 1982 in the year ended January.

To get inflation under control, the President called on companies to lower their costs and not their wages. He asked the car and tech industries to bring their supply chains back home and make both vehicles and semiconductors on US soil.

"Instead of relying on foreign supply chains, let's make it in America," he said.

Car prices skyrocketed during the pandemic, in large part due to a shortage of computer chips needed for new vehicles. Used vehicle prices went up by more than 40% in the year ended in January, while new car prices rose by more than 12%. Together they contributed nearly a third of the 7.5% inflation rate recorded by the Labor Department in the 12 months ended in January.

Biden also called for increased investment in infrastructure and innovation, as well as more well-paying jobs and raising the federal minimum wage to $15 an hour.

"Now our infrastructure is ranked 13th in the world," Biden said. "We won't be able to compete for the jobs of the 21st Century if we don't fix that."

Many of these measures were contained in Biden's Build Back Better package, which is currently on ice after failing to get through the Senate last year.

Biden proposed capping the cost of insulin to $35 a month and letting Medicare negotiate lower prices for prescription drugs.

Child care, Biden noted, has weighed on families especially during the pandemic.

"Middle-class and working families shouldn't have to pay more than 7% of their income for care of young children," he said. "My plan will cut the cost in half for most families and help parents, including millions of women, who left the workforce during the pandemic because they couldn't afford child care, to be able to get back to work."

Biden also called for an extension of the enhanced Child Tax Credit, which was beefed up for 2021 as part of the American Rescue Plan Act.

Energy costs, which touch Americans when they're heating their homes as much as when they're fueling their cars, rose by 27% over the past year and have contributed a lot to inflation. Gas prices rose a whopping 40% in the year ended January.

Biden wants to cut energy costs for families by an average of $500 per year while also combating climate change.

"Let's provide investments and tax credits to weatherize your homes and businesses to be energy efficient and you get a tax credit for it," he said.

But energy costs are closely linked to the global price of oil and with Russia's invasion of Ukraine, which has pushed global oil prices above $100 a barrel, that's unlikely to change soon.

So far, Washington's policies have done little to stop inflation.

The Federal Reserve, which is tasked with keeping prices level, began to wind down its pandemic-era stimulus program late last year and is expected to raise interest rates at its policy meeting later this month for the first time since slashing them to near zero at the start of America's Covid outbreak.

While investors and economists long anticipated the Fed's move, it will take time for Americans to see any real relief. 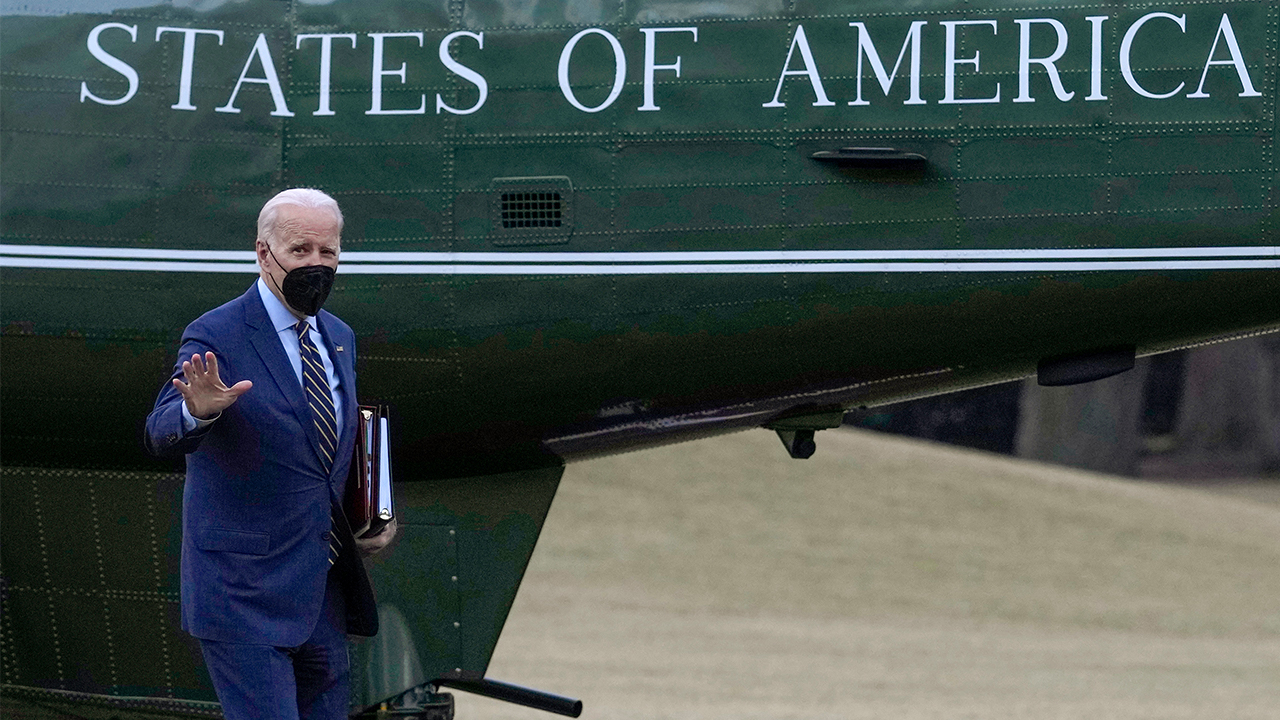 The Countdown: Making sense of whirlwind day of politics

Inflation cooled in December, bolstering hopes US can avert recession